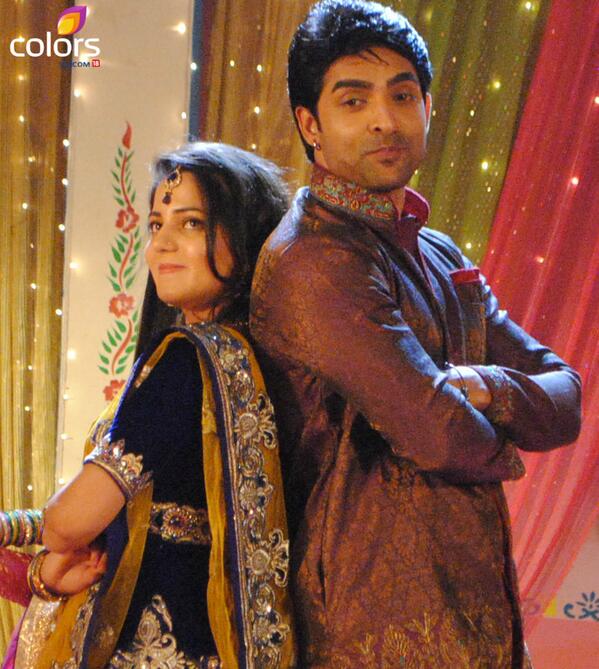 Soham was critically injured just after his marriage ceremony with Rajji when he tried to protect Bani from the falling ceiling jhoomer that was about to fall on her due to severe lightning and winds. Soham saves Bani’s life but himself gets serious injury. He is rushed to a hospital by Rajji, Veeru Ji, Guggi, Bani and everyone in his family. The doctors suggests that Soham’s recovery hinges on a 24-hr window period that means if he is able to show signs of progress within that time then there will be no danger to his life.

Sooner, Soham’s health starts to deterioate, and Rajji then goes to seek divine help from Mata Rani Goddess seeking Soham’s good health, recovery and life. She begs to Mata rani with utmost devotion and dedication. And With her efforts, God listens to her plea of saving Soham and it is then seen that Soham comes back to life and the doctors terms his recovery as a miracle. Bani calls Rajji and informs about Soham’s recovery and tells her that he is out of danger. Rajji thanks Mata Rani and hurriedly comes back to the hospital.

At the hospital, there is a surprise waiting for her. When she meets Soham, he tells her to bring Bani to his room as he thinks Bani as his wife. Upon hearing this, Rajji tries to persuade him that she is actually his wife and not Bani, but he is not able to listen to her. She then goes and speaks out with Bani what Soham has told her in the ICU room. Bani becomes shocked on hearing this. Meanwhile, the doctor treating Soham comes and informs them about the result of MRI scan report that confirms that Soham has a partial memory loss where he went back in time and remembers only until then (Retrogade amnesia). The doctor also tells them it may take months or years for Soham to get back his full memory. He informs them about his brain condition that his nerve is weak and if he becomes stressed the nerve can burst leading to brain haemorrage and suggests them and everyone to not make soham stressed.

After hearing this, Rajji understands that if she wants to see Soham in good health and with life, then Bani needs to pretend as his wife. She then begs Bani and asks for her favor where Bani need to pretend as Soham’s wife. Bani shrugs of her requests but Rajji persuades her a lot and also cites that before she has begged her to leave Soham but now she is begging her and requesting her to stay with Soham as his wife. Rajji thinks that in this way only she can get back Soham in her life again. After much persuasion from Rajji, Bani agrees to pretend and serve as Soham’s wife taking into account the health complications of Soham. The doctor speaks with Soham to verify the MRI report results and asks him what was the last thing did he remember..Soham replies about his marriage day with Bani in a Gurudwara and his dialogue with Bani’s mother who was seeking his hand for Bani.

How long will Bani pretend to be Soham’s wife ?, Will they rekindle their love ? How Rajji will fulfill the responsibilities of a wife in this context ? Stay tuned to Bani Ishq Da Kalma to know more on this development on Colors TV at 10:30 PM IST (Mon-Fri).