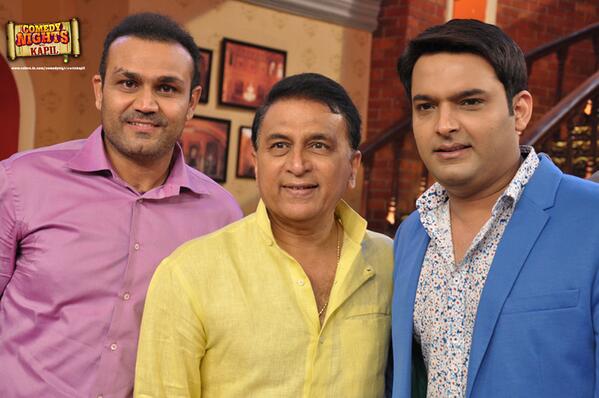 Siddhu starts the show instead of Kapil and then introduces Sunil Gavaskar who comes on the stage with cheer girls. Kapil also comes in with Gavaskar Ji.

Kapil: says that Gavaskar ji has made 34 centuries and 10,000 runs. Then asks him whether did he thought to come on comedy nights invoking a laughter.

Kapil then introduces Virender Sehwag on the show and girls give him a traditional Aarti. Kapil makes Siddhu sit with them while he dons the role of Siddhu as a judge..

Siddhu asks Gavaskar ji on the incident with Javed Miandad..

Gavaskar Ji: Speaks that Javed Miandad had a good mental psyche of players. He shares an experience where Javed Miandad was teasing a bowler during his batting.

Siddhu shares an experience about his first Test match in Ahmedabad. He speaks about Kapil Dev and both of them were supposed to attend a press conference. He was nervous in attending the press meet. There were some questions in english directed at Kapil dev for which he responded that his mother is very old and father died so you can’t produce another kapil Dev again invoking laughter. 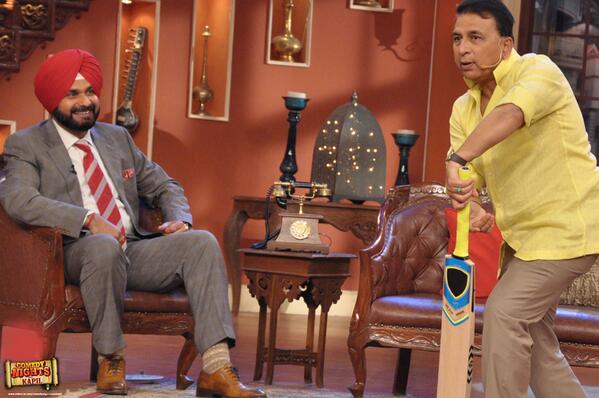 Audience asks Virender Sehwag about his innings of 294 runs and then a six to reach 300 runs against Pakistan.

Sehwag: He waited until 295 runs as Sachin told him to do so and then he decided to hit a six only if bowler Saqlain Mushtaq bowls. He tells at that time field position was not important for him. He hit a six and reached 300 runs and hugged Sachin..Gavaskar ji bows to him after hearing him.

Gavaskar ji is also having fun with Bua by teaching her how to bat. Both of them are seen to enjoy to the fullest. 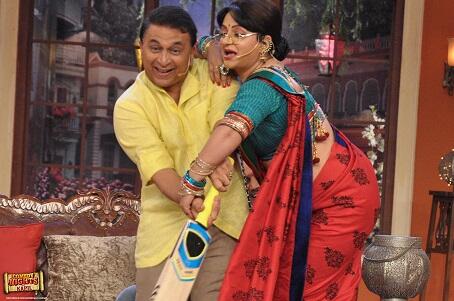 Audience and Gavaskar Ji dances on the Havan Karenge song from the movie – Bhaag Milkha Bhaag.

The show looks hilarious and interesting and not to forget lots of talk on Cricket as well. Stay tuned to Comedy Nights With Kapil on Colors, Sat/Sun at 10 PM IST.