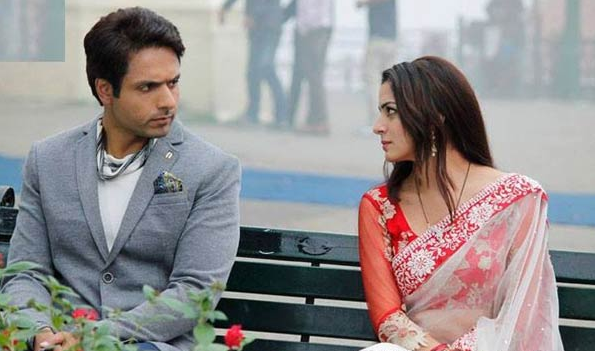 Anshuman is surprised to know that the man who has been coming in his home at nights is none other than Pakhi’s boyfriend Rohan from Chittor. Pakhi lied to Anshuman that she had a boyfriend named Rohan and Tanya used that thing against Pakhi smartly. Tanya planted a guy and named him Rohan to break Anshuman and Pakhi’s marriage.

Anshuman thinks Pakhi is still in touch with Rohan and do they have any affair. He gets mistaken and is more shocked to see the pregnancy reports which Rohan drops. Anshuman is moved by the positive results of the report. It is Tanya’s plan to make Anshuman think Pakhi is of bad character. Anshuman ruins whatever comes infront of him in anger telling Pakhi that she cheated him and she should leave from his life.

Pakhi tells him that she will not give any proof now. She will not give any AgniPariksha as she given enough till now. Tanya fills Anshuman’s ears against Pakhi and he feels dejected. Pakhi can’t believe Anshuman can turn like this believing someone else and not his love. Pakhi breaks her mangalsutra and leaves the sindoor. Pakhi is shocked to see Anshuman’s trust breaking so soon on the basis of a fake report. Will Pakhi prove herself clean? Keep reading.