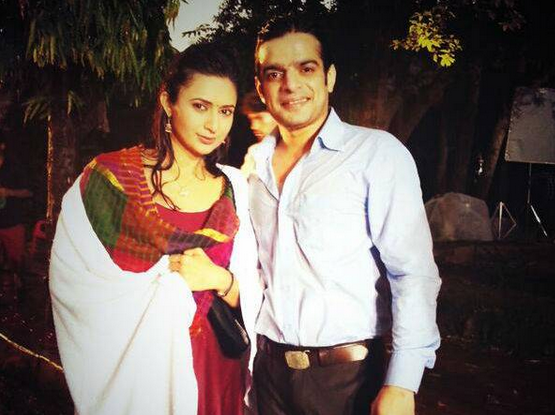 Just think, how will Raman react when he knows that his brother in law has laid his evil eyes on his wife and tried to molest her, what will he do? Ishita came to know about Parmeet and Sarika’s link up in Dubai where Sarika was harassed by Parmeet and came India. She thinks of not bearing Parmeet anymore. Reportedly, Parmeet plans a movie outing for the family so that he can warm up his hands and eyes on Ishita. He misbehaves with her again trying to harass her and she as an answer to his shameless act, slaps him hard. Parmeet in order to take revenge, plays a dirty trick and Ishita lands up in jail. Raman panics as Ishita does not return home.

He goes to the police station to file a FIR and is shocked to see her in lockup. Raman asks Ishita what is the matter and how she came there. He gets her bailed out and brings her home. Raman asks Ishita to tell everyone the truth. Ishita tells the family that Parmeet tried to harass her. Everyone is shocked. Parmeet turns sweet and accepts his mistake while acting making everyone think Ishita is wrong. He tells them that he will leave the home if Ishita thinks he is dangerous for her, to which Mrs. Bhalla reacts and asks Ishita to leave the house. Mrs. Iyer hears Mrs. Bhalla ill treating her daughter and decides to take her home. Will Raman take a stand for Ishita believing her? Will Ishita be able to prove herself right to the Bhalla family and expose Parmeet? Keep reading.