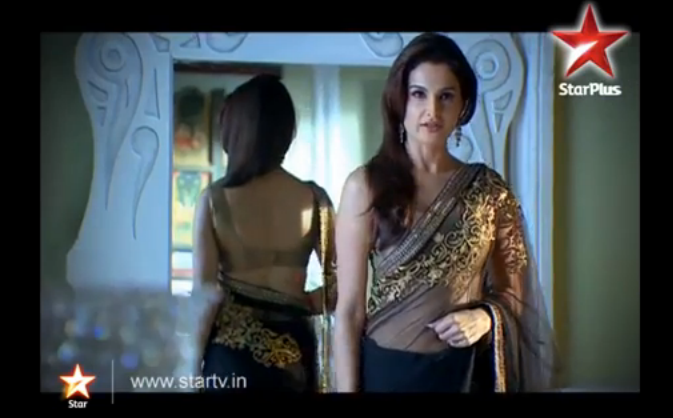 Ghuman came to know from Kalika that Kabir gave the original papers of the Desai house to Danny and made him save the house. She understood that Kabir played a game with her and cheated her. She wants to know Kabir’s motives. Kabir plans to kill Ghuman, but she is a step ahead. She finds out Kabir’s motives and decides to do the same with him. Kumud and Saras were finding out about Saras’s brother whom Menka took with her. Soon they will be knowing its none other than Kabir.

Ghuman tells Saras and Kumud that Kabir is waiting for her in London. She will not be going there, but his death will be meeting him in London. She says she will kill Kabir after 5 days on his birthday. Kabir is shown caught by the goons and kidnapped. Ghuman breaks the secret to Saras that Kabir is his brother. A shocked Saras panics. Ghuman asks him to save Kabir if he can. Saras and Kumud land in London to look out for Kabir and to save him from facing death. Will Saras protect his little brother with whom he was separated for years. We hope yes. Watch out this amazing promo!!