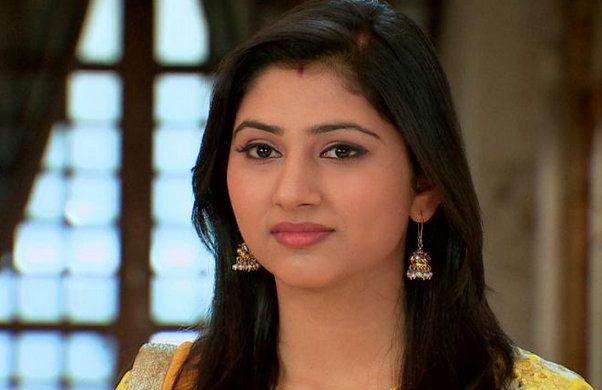 The sweet, loving, caring, adorable bahu of the Diwaan family Pankhudi is dead. We have updated you that Pankhudi falls off the cliff while talking to Adi and saying I love you to him. Little did Adi know that those will be last words of his lovely wife. He was shocked to hear her scream. This happened when she went in the landslide area finding the network to talk to Adi. While they were having a romantic talk, Pakhudi was stunned feeling the landslide. She ran away but could not be saved. Diwakar and Govardhan witnessed her death standing far seeing her fall in the valley.

The Diwaans are shocked by Pankhudi’s death as she was the soul of the family. Adi could not accept her death and goes in depression. A new character Ayesha, Pankhudi’s look-alike will be entering the show who lives in Lucknow. Harish will be shocked to see her resemblance with Pankhudi and request her to come with him to help Adi come out of depression. Ayesha agrees and she lands in Diwaan’s mansion. At first, everyone assumes it is Pankhudi herself, but Harish tells them about Ayesha. Let’s see how Adi reacts seeing Pankhudi’s look-alike.!!