Nirali Patel, a 22 years old is a vice president of a company. She lost her dad when she was 14 years old, then she realized her dad’s pension is not enough for her family, so she joined this company at the age of 18. She had an incident in that company three years ago, which would have made her leave her job. But she survived the incident bravely and fought against the wrong. The peon whom she called Baba asked her to come for an important talk in the canteen. She asks him why did he call her here. He asks her to come with him in the store room. She goes to the store room and asks what is the matter. He asks her to leave her boyfriend Anand whom she loved a lot as he was caring, loving and understanding, and even her mum liked him.

Baba tells her that he saw Anand with some other girl in the store room doing wrong, he is not a good guy. He shows her Anand’s ring which he got in the store room. Nirali does not believe him at first. She calls Anand and tells him that she got his ring in storeroom which Baba gave her. Anand says Baba is lying. She says I don’t want to talk to you. She asks Baba who was with Anand. He says Savita Madam. She is shocked and says but she is Prakash Sir’s girlfriend. Savita was the HR manager of the company and she was dating the senior manager Prakash, they were called the cutest couple. She cries believing Baba. He felt she lost Anand and feeling alone. Prakash comes to meet her and asks whats wrong with you. He asks did you have any fight with Anand, don’t bring it between work. 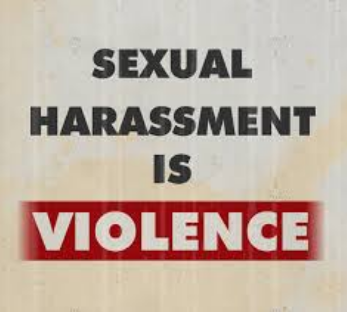 She says he cheated me and its over. He says I will talk to him. She says no need, its over. He asks her to focus on her work. Savita bumps into Nirali and acts sweet, but Nirali gives her a rude reply. She comes home and sees Anand spending time with her mum. Her mum is an Asthma patient and tells Anand that Nirali is taking care of all the financial expenses of the family. Anand apologizes to Nirali and says don’t know how this happened, please forgive me. She says get out. He says I still love you. She cries and asks him to leave. Anand leaves.

At office, Prakash acts nice to Nirali. In the lift, he tries to touch her and she feels odd. Nirali starts missing Anand after her office hours. Prakash comes to her at the terrace. He tells her that he met Savita at the terrace and drew her closer. He acts the scene with her holding and touching her. He says don’t think anything, I was reviving my memories, I m sorry if you felt bad. He leaves. She was shocked seeing his behavior. She has forgiven him as she was feeling bad for him as Savita cheated him and how would he feel knowing it. Anand calls Nirali and she rejects his calls. Her brother Ashish asks her to pay his coaching fees. She agrees and gets worried for her mum who is much ill.

Nirali works in night shift and Prakash comes to her talking sweet. She tells him about his mum’s health. He says I will give you a nice massage, relax. He touches her. She says its ok. Baba comes and tells Prakash that his car is ready. Prakash leaves. At home, Nirali takes care of her mum. Savita talks to Nirali in the office and says I m sorry, did you tell anything to Prakash. Nirali does not hear her and leaves. Prakash shows her a dress pic and says shall I buy it for you, it will suit you, the dress is revealing. She says I don’t like all this. He shows her his true face and threatens her that he will show the mail in which she has tried to blackmail her senior. He says I have written this, but you can’t prove this. 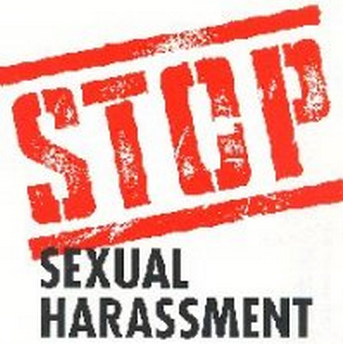 He says you need this job and I need you. She scolds him and tells him that Anand slept with Savita, they are together. Prakash laughs and says you are a fool, every girl is a fool, even Savita. I knew everything. He says what did your boyfriend think, he will sleep with my girlfriend, and I will leave his girlfriend, you will have to sleep with me, you have to pay for his mistake, Anand knows this. She asks him not to touch her. He says fine, I m not a rapist, whenever you are ready. He asks her to decide fast. She comes home and looks for some other jobs. Ashish says mum is serious and we have to admit her in hospital. She starts crying.

Nirali comes to Prakash. He tells her that he will sanction her loan and reimburse the medical bills but it will depend on her performance. Prakash calls Anand there. Nirali looks at Anand. Prakash asks Anand to explain Nirali to agree to his sexual demands. Prakash holds Nirali and Anand gets angry. Prakash says even I got angry when I came to know about you and Savita, but I behaved maturely and did not fire you. He asks Anand to ask Nirali to sleep with him. Nirali cries. Anand says please Sir, leave her. Prakash laughs and says I will terminate her from the job, what will she do now.

Nirali asks what do I have to do. Anand says please Nirali don’t. Prakash says lets make his weekend happening, lets go out, only you and me. He says you will get an increment and loan too. Nirali tells about her mum’s illness. Prakash says fine, what color are you wearing on the inside. He says tomorrow after the shift, I want you to drop your inner wear. Anand feels helpless hearing this. Nirali comes home and looks at her mum. Ashish says doctor said we have to admit mum tomorrow. Her mum asks why are you upset. Nirali rests in her mum’s lap. Her mum asks her to share her problem with her. Nirali misses her dad.

Her mum asks her to fight and win against every problem. Anand comes to meet Nirali. He says I know I don’t deserve your forgiveness, I came to tell you don’t do this, Prakash blackmailed me, he wanted me to convince you to sleep with him. Nirali asks then why did you not do so. He says I love you. He says I tried to warn you. She says its very late now. He says I know you can’t live with this guilt, fight him back.

Nirali comes to office and talks to him. She tells him everything. She is worried thinking about Prakash’s dirty demands. She tells Prakash that she can’t do this. He insists and she says no. There is a camera where they are talking. He says if you don’t remove your lingerie, let me do the honors. He touches her and says this is my revenge. She pushes him and runs. She stands outside with Anand and Baba. Prakash laughs seeing them and tells Anand that he will do the same what he did with Savita. Baba says I can’t believe you can do this with Nirali. Prakash says I will fire you now. Baba says you think of your job now.

Nirali says he will be punished. Prakash laughs and says who will punish me. Nirali says sorry Prakash, I think you will be fired for molesting me. He laughs and says where is the proof. She says there is a CCTV camera in store room. Prakash says it is not working since one year. Nirali says you don’t know Baba have repaired it one hour ago. Nirali slaps Prakash and he is shocked. Prakash was fired that day and her loan got sanctioned. She paid for her mum’s treatment and Ashish’s fees. She felt victorious and have forgiven Anand. They are still together and happy.