When a doctor gets involved in a complicated relationship..

IS LOVE ALL ABOUT ACHIEVING?

Love is illegitimate when it steps out of the limits of the society. But love is the wind which makes its own way. The story is of Karthik. Love is blind but Karthik believed that love is a light which shows the right path. Love knows only giving and lust knowing only taking. He comes to Aashiyana Sanotorium to treat a patient. He was India’s leading liver specialist and was worried as Mr. Akhil Rai’s health was serious. His liver was damaged. Akhil’s wife Priya says I m with him, I tried hard to make him quit drinking, but failed, so I came here, I think he won’t quit drinking. Akhil says I will try to sober up. Karthik asks them not to fight and better start the medical process. Akhil’s mum was not sure that Akhil will get well in Karthik’s hands. 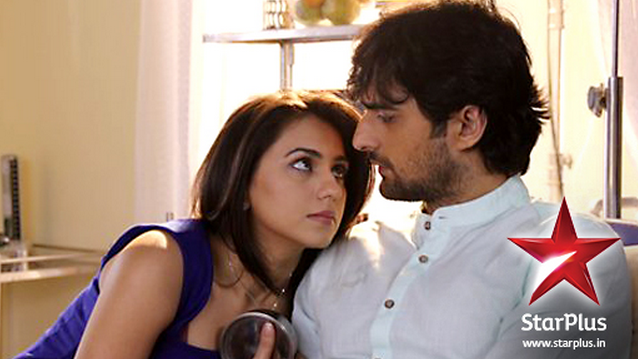 Karthik greets Priya and asks how is Akhil. She says its two days, I can’t say now. He asks how are you. She says I was solving some crosswords and was stuck. He says maybe I can help you. He solves it and asks her to continue. She starts crying. He asks what happened, are you ok. She says nothing, I m not able to do anything, I don’t know I can’t even solve any small crossword, I m useless. He says we will make him well, don’t worry. She goes to see Akhil and turns to look at Karthik. 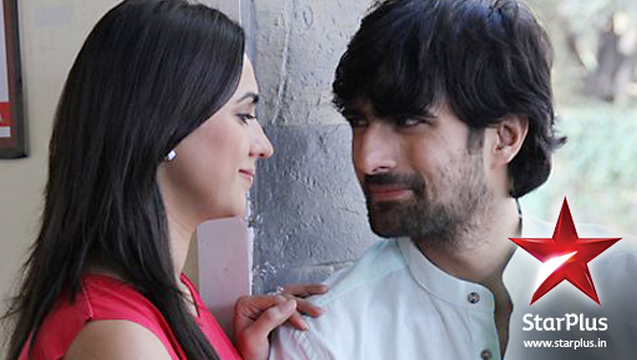 Karthik started getting attracted to her and he used to find reasons to be around her. He felt she also liked him. Many days passes, and they started feeling for each other. Akhil was getting better. She asks Akhil don’t you get bored sitting here. Akhil says I don’t have any choice. She says we can sit in lawn. He says I don’t like to sit there and talk. He says I like to stay alone. She says I can’t understand your reason to be alone. She says we are married for 3 years and you don’t share your happiness and sorrows with me, don’t like to spend some time with me. He says I like, we will have a better life once I get fine.

Karthik used to watch her loneliness. He comes to her seeing her crying and talks. He says people become lonely right. She says maybe. He asks her to have strength. She says I have much strength, but I can’t handle my husband. I wish to run away somewhere. He says I understand. She says no one understands, not even you. Next day, she brings Prasad for him and apologizes. He says its ok. He asks why this Prasad. She says Akhil is getting better now, this happened because of you. He asks do you love Akhil a lot. She says yes, he is my husband. He asks does love happens only because he is your life partner, or real love. She says depends, some people really love each other. He asks what about you. She says nothing. 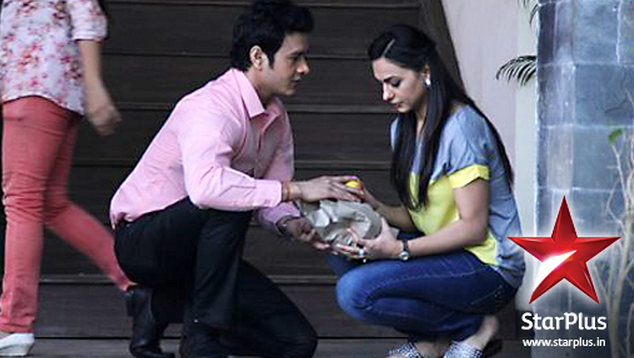 She asks him about his wife and children. He says we doctors are boring, so I did not marry, but everyone is doctor in my family. She says you are not boring. She says you will get some understanding life partner. He says I don’t think so. She says I like you and leaves. Karthik was happy. Priya comes to Akhil and he hides something. She checks and gets wine. She cries and says you are not changing. She says you will never change. She says everything is finished now, I lost. She runs outside. Karthik sees her crying and runs after her. He melts seeing her tears and asks what happened. He holds her. Ishq hi tadap hai……………plays……………… ye ishq hai……….. bas ishq hai………….. plays…………… She hugs him. 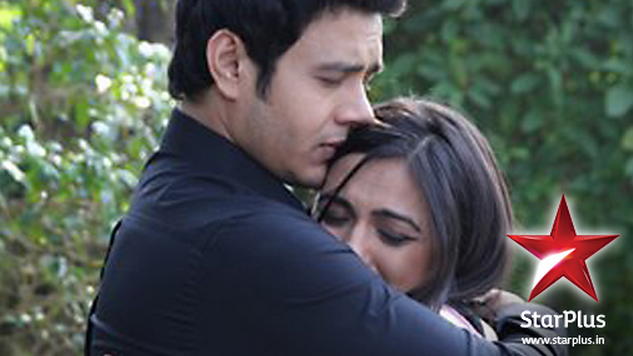 He kisses her forehead. She moves back and comes back to Akhil. Karthik says I love you when she leaves. Akhil says sorry to Priya for ruining her life. He holds his hand and says Akhil, feel me, touch me. He does not. She asks why, we are married for 3 years. He says enough, my heart does not say this, I m sorry. She says no, I m sorry, its my mistake that I came to beg my love, I forgot that you are very ill and can’t do anything, I m really sorry. She cries. Karthik sees her.

Akhil tried to change now hearing her words. Karthik and Priya used to see each other but could not go ahead. One night, it rains and she waits to get rickshaw. Karthik asks her to get into his car. He smiles seeing her and asks where did you go. She says I was just walking around. He says your house is far, you can come to mine to change, if you want. She agrees. He brings her home. They spend the night together making love and start having an affair. They were very much in love. Akhil was recovering faster now. Akhil’s mum sees Priya and Karthik together and doubts on Priya. 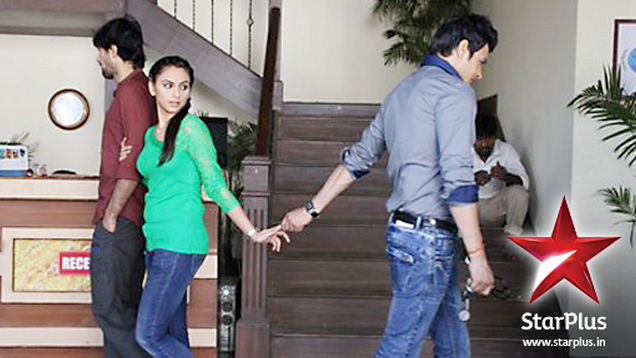 Karthik comes to meet Akhil. His mum asks when can I take Akhil from here. Karthik says anytime, he will get well even if he rests at home. She says fine, we will leave today. Karthik looks at Priya and says not today, after his tests, if reports are normal, else he has to be here for some more days. She says fine. She tells Priya that she does not like Karthik and she should stay away from him. Karthik was happy that Akhil’s reports were normal but he was upset that his life Priya will be going away from him.

He got jealous of Akhil. He could not think of Priya in Akhil’s bed. He talks to Priya and asks about their future. She says we don’t have any future, I will go back to Akhil. He says you are important for me, I can’t see you with him, I can’t take it that you touch him, he touches you, you sleep with him, no………He says I wish you guys never came in my life. He gets angry. She leaves. One day Akhil gets serious. His mum and Priya panic. Karthik comes and treats him. He takes him to ICU. Priya asks Karthik did he do anything to Akhil. He says I love you but it does not mean I would kill anyone for you.

Karthik was scared that she was doubting on me. He was happy thinking if Akhil dies, Priya will be only his. He felt if he lost her after Akhil’s death, then what. Akhil gets more serious and his chances to live are very less. His mum tells Priya that she did a lot for Akhil, she is young and even she has some desires and dreams which Akhil could not fulfill, but please Priya don’t kill him. Priya says what are you saying. His mum says I won’t stop you from having an affair with that doctor, but spare my son, I m not blind and can see everything. Priya goes to meet Akhil.

Akhil holds her hand and says live your life, be happy. He says your life will start now, after I die. She says stop it, nothing will happen to you, you will be fine. Akhil gets serious and she calls the doctor. Akhil dies. She cries. Akhil’s mum gets shocked and cries. Priya asks Karthik why did he kill Akhil. Karthik says I did not do anything. Priya breaks down. Akhil’s mum files the FIR against Karthik. Karthik explains the inspector that he did not do anything with Akhil. The inspector asks him to let the enquiry happen and then they will see.

The postmortem report comes and Karthik is proved innocent. Akhil died because of excess alcohol which he was drinking hiding from his family. Karthik is relieved. Few days passes. Priya comes and says I love you. He asks are you happy with me. She says why do you ask, I m very happy. She asks are you happy. He says a lot. She says I blamed you for everything. He says its ok, it was natural. Karthik did not tell the truth to Priya. He married Priya. Karthik saw Priya changing Akhil’s empty wine bottles with loaded ones. She wanted him to drink more and more alcohol and die. Akhil noticed her doing that and even Karthik was watching everything standing at the window.

They both witnessed Priya’s act. Karthik knew Priya is doing this as she loves him and wants to marry him. Akhil wanted to see Priya happy and drinks the wine poison smiling looking at Karthik signing him to be happy. Karthik’s heart sank seeing him drink it. Karthik was feeling guilty as he kept quiet seeing that, he did wrong with his duty being a doctor. He loved Priya a lot and was happy with her. Akhil gave his life for his love for Priya. Priya took Akhil’s life for her love for Karthik. Karthik has hidden that truth for his love for Priya.