Sonali starts the show and highlights the importance of children’s in one life and calls them as Doorstep’s lamp (dehleez ka diya). She talks about Lakhender Paswan who is a Tea vendor and Mika Singh ((Singer, Composer, Performer and Songwriter) will help him by living for 1 day as a tea vendor.

She welcomes Lakhender Paswan who comes with his grandson -Kamlesh on stage, his wife – Shakuntala Devi (sits in audience). She asks him what does he like the most ? Kamlesh responds that he likes Hindi and he is 10 years old. Lakhender says that he has 3 more sons but they are not useful as his sons are not helping and supporting him at his old age. He says that once in a while they come and his sons stay in Gurgaon village. She says that on the show they try to fulfill their wishes and this is accomplished by a celebrity who will works like them for a day and earns the money. And the show will multiply that earned amount by 100 times to give them the final amount.

She then introduces Mika Singh and refers to him as superstar singer who comes on the stage while singing the song- Dama Dum Mast Khalandar. She welcomes him for coming. She speaks that the world knows he is a good singer but they don’t know about his NGO. He thanks them and then speaks about his NGO – Divine Touch and it has centres in Mumbai and Delhi and supports 400 girls and provide them vocational training. At this NGO, only women teaches the girls on their vocational training. He says that it is very easy to help.

Mika greets Kamlesh, Lakhender and Shakuntala. An AV is shown about Lakhender’s life of living as a Tea vendor to support his family. He talks that he earns 150 to 200 INR, and its hard to manage the expenses of medicines and food. He says that Kamlesh’s mother (his daughter) died when kamlesh was only just 8 days old. For the first six months, he took all the care of Kamlesh. Kamlesh’s father did another marriage some couple of years later after his wife’s death.

Sonali speaks with Lakhender that he has only supported the Kamlesh since he was 1 week old. She asks Kamlesh how much does he love his grandfather and grandmother. He replies that he has immense love for both his grandparents. Kamlesh speaks on the letter he wrote to Mika’s NGO where he wrote about Lakhender’s hard work and also pain to support him. She asks what will he do after becoming an adult ? He says he will do anything for them. 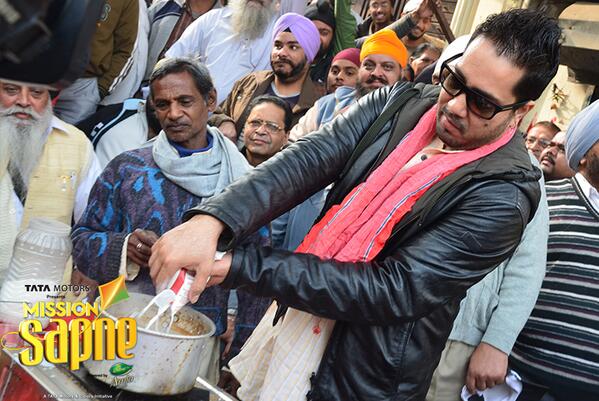 Mika then leaves from there and goes on the mission to work as a tea vendor for the day so as to fulfill Lakhender’s dreams. Mika is in Subhash Nagar, Delhi where he has spent many years during his younger days. He starts to prepare and sell the tea at rates of 100 INR and not the normal price 5 INR. He wants to prepare a tea with a very nice color. His first income is 100 INR, another audience -Candy gives 500 INR. He then sends Lakhender away. Mika sings a punjabi song – mondeya te rakh daangan aunde gabru (from Gabru music album).. He charges kids 10 INR and for adults 100 INR. He gives tea and toasts to kids and sings on the Dhinka chika song.

At 2 pm, Mika gets lot of audience and his Mika Da tea-time entertainment starts. He says its a very difficult job. He sings Khale Peelo song tu mere agal bagal ho song for 10 INR upon request. He sings Gandi Baat song when a kid was crying to meet him and also gave an autograph. Sooner, a mobile of a fan fell in the hot tea water but the fan didn’t care much on it. He entertains his girls’ fan on the Main Tera Hero, Sawaan mein lag gayi aag songs…

5:30 PM: Mika holds a very young kid and at that moment the tea overflowed from the tea’s container and he needs to clean the table. Some women didn’t like his tea. Mika sings the song – Dama Dama Mast Khalandar. Mika leaves from there after completing his work. 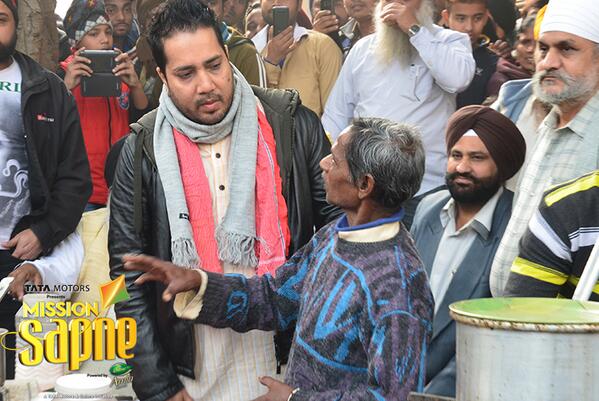 Mika comes back to the studio with Lakhender Paswan. He says that as he is a Sardaar (sikh) and hence attracted a lot of Sikhs. He speaks on some ladies who didn’t like the tea that he prepared. He tells that he imagined his childhood days when selling the tea and went back 20 years back in history. He says that his punjabi fans have a big heart and they were very eager to show their happiness and even gave the money beforehand. Kamlesh gives Mika 10/10 for his work. The net income of Mika is INR 4,632 after deducting misc expenses and the mission sapne multiply that amount by 100 times to come up with the final net amount of 4.63 Lakhs INR. Mika also promises to support Kamlesh’s education (Kamlesh who is now 10 yrs old) for the next 10 years and support Lakhender’s wife health. He says that his NGO – Divine Touch will support them. He then sings – Dhinka Chika song to make Kamlesh happy.

Mika again reiterates that help is the easiest thing to do and before helping we need to think on helping. He praises Lakhender who is 65 years old on his duty and suggests other grandparents to follow like Lakhender. Sonali signs off by saying – Mission will continue.

Next week: Bollywood actor and heartthrob Varun Dhawan is coming on the show and will work as a porter carrying luggage to fulfill the dreams of a old porter Prabhakar.

Stay tuned to Mission Sapne every Sunday at 8 PM IST on Colors TV and you can catch it on Rishtey on Sunday at 10 PM. 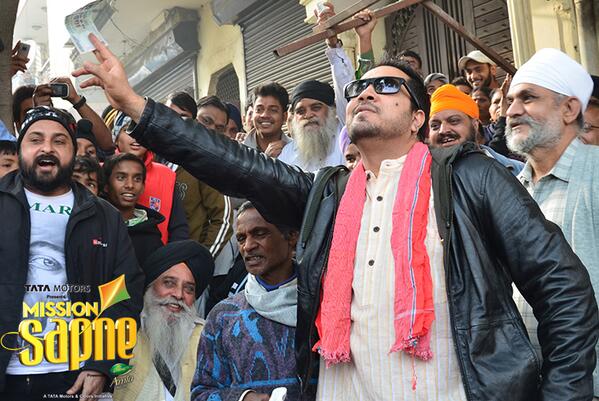