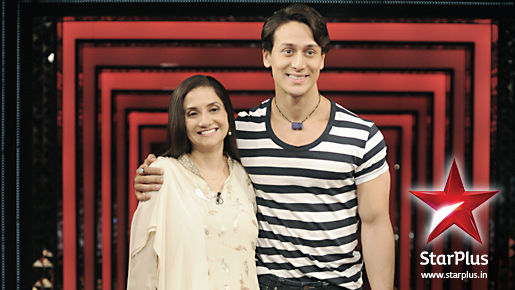 Anupama Chopra starts the show and first gives her review on the movie – Kya Dilli Kya Lahore directed by Vijay Raaz and written by Aseem Arora. She says that for making a good film if only good intentions are present then Kya Dilli Kya Lahore would have been an amazing film. The film is a story of two soldiers – Pakistani soldier Rehmat Ali (played by Vijay Raaz) and a Cook of Indian Army Samarth Pratap (played by Manu Rishi).

They meet at the border and at first they wanted to fight to kill each other but finally understand the humanity between them. Though the story looks solid but on-screen its not the same. The film’s plot revolves around them where they are seen talking about their life, family, and also hurl abuses. They have touching moments between them but it gets to a point where both starts to talk and look too emotional. The entire film is shot at one location only and a small cabin is used to depict as Wagah border. It could have been well for a theatre but to spend 2 hrs on two characters will be difficult for people. As a result, she gives 2 stars to the movie.

Anupama introduces Tiger Shroff and speaks about Aamir Khan’s inspiring words for him on the trailer launch of his movie where Aamir refer to him as the next superstar. She says that even before his first shot for Heropanti people started to keep expectations from him..Tiger shroff then comes on the stage with his Heropanti title song playing in the background. Anupama welcomes him on the show.

She asks him that his name was Jai, how did he became Tiger ?
Tiger: He says that during childhood he used to bite others so his family named him Tiger. And he actually don’t know whether his mother or father gave him that name. Now, his official name is Tiger and not Jai. 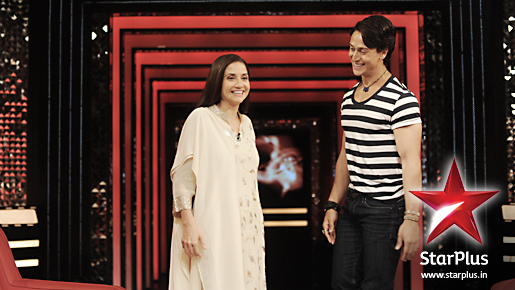 Anupama: speaks that Subhash Ghai had signed him as an actor on the day he was born (2nd March, 1990), Is that correct ?
Tiger: Yes, that’s right and also says that Subhash Ji has given him 21,000 Indian rupees at that time (1990). He talks on his interests which are sports/martial sports and he has started the training from a very young age (4 yrs old to be precise). He didn’t have interest in academics. and also didn’t have interest in films even though he used to see his Dad’s movies during his childhood. After school, he started getting offers and friends told him that as he has not planned so suggests him to select the film offers. He chose Heropanti because it has Martial Arts. He says that he is very quiet at home and is busy throughout the day with activities – actions stunts, day, gym.

Anupama : Talks about action stunts shown in the trailer of the movie Heropanti which makes people stunned.
She then asks how does he perform such actions..

Tiger: says its all about practice and anybody can do it if they practice. He then shows the move to her where he is stretching his leg very high. (the shot to hit his opponent on the chin) 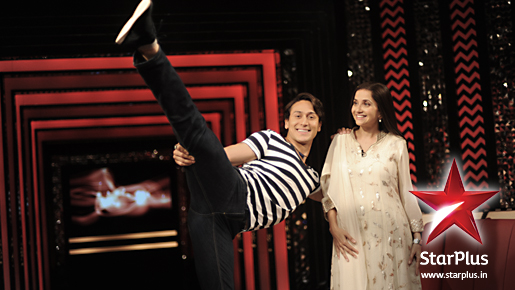 Anupama: speaks that director Subhash Ghai during the trailer launch of his movie said – Tiger is like his father (Jackie) in many ways such as – honest, gentle, politically incorrect, and Tiger will also be star for the next 30 years like his father who have been a star since past 30 years.

Tiger: says that hopefully those words come true. He says his father is different and also talks on the advice that his father gave him which is to talk less and listen more. Anupama says that in film industry you need to speak more as you need to give interviews to media and promotions which is contrary to his personality. He responds that he will be honest during promotions and media interactions as he is inherently very shy and not very outspoken. He talks about his co-actor Kriti Sannon and says that she will be the only girl with whom he will spending time as they will doing movie promotions together.

He then talks that he never got in love and was busy in his martial arts and action kicks. During the first day of shoot, he was actually negative as he was afraid of people’s reactions on his dialogue delivery and action scenes. But after finishing the first shot he felt relieved. He says that there was no offer from home (from his father) that’s why he worked with an outside banner. He speaks that his father only wants to be an actor and does not work to make films or to produce. 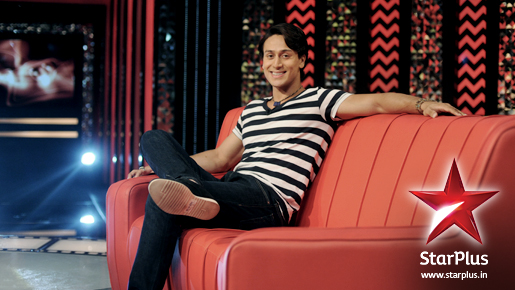 Anupama says that he has doing lot of action scenes for example – back flip in the song – Whistle Bajao and he is doing it with finesse. She then asks him, Did he ever fear that director will only focus on his action scenes and put not much care on acting ?

Tiger: says that action stunts are a small part and is only an additional benefit to an actor but the essential quality remains to be acting. He stresses that if he wants to do only action then he could have worked in Circus or prepare for Olympics. His biggest fear is to compare him with his father. And he knows that he can never surpass his father’s achievements.

Anupama says that it is evident that he is discipline – as he made his body, showed an action move on stage.. What does he eat ?
Tiger: Plain food, steamed and boiled food. He cannot remember the last time eating cooked food.

She asks about his temptations to eat chocolate cake and his mechanism to avoid them ?
Tiger: says that he always thinks forward and he takes much care to curb his temptations so to keep his body in shape.

Anupama starts the Fatafat quiz with Tiger Shroff:
– Which film has influenced him greatly for an actor ?
Enter the Dragon, actor -Bruce Lee

– Movie that he watched 20 films or more ?
Enter the Dragon, Bruce Lee

– movie of his father that he watched 10 films or more ?
Parinda

– Action star who has influenced him and the one from whom he learned about actions ?
Bruce Lee and also talks about his dance icon – Michael Jackson

– When he spoke a lie last time ?
Tiger: Maybe he spoke on the stage with her. Maybe he has a girlfriend..

– In life, Whom do you love the most ..
Parents

– In life, with whom he is annoyed the most ?
With his sister. He shares his experience of quarreling with his sister (Krishna) during his childhood days.

– If he was a superhero, then what would be his Superpower ?
To make people happy.

She thanks him for coming on Star Verdict and gives her best wishes for his upcoming movie Heropanti..

Anupama then talks on a old movie – Duniya na Mane (1937) by director V. Shantaram where a young bride Nirmala has been married to an old man. The old man has a daughter whose age is equivalent of hers. Nirmala fights with her in-laws and her husband and wants to teach them a lesson for the wrong they did with her. Finally, her husband accepts his mistake and says that he is not suitable as her husband and then calls her as his daughter. Thus, Nirmala won with her courage and strong will power. Anupama says that it is really commendable to have such a movie with a bold subject at that time (1937). She says if you are interested to watch, then you can get a online VCD from Pune’s Prabhat films at a cost of 250 INR. This movie is not available on DVD.

She talks about seeing new promos and first talks about the trailer of the movie Humshakals where the main characters have triple roles. She also talks on a new song which she saw from Kabir Sadanand’s movie Fugly where Akshay Kumar and Salman khan are dancing with the young cast which includes Olympic boxing champion – Vijender Singh (making his debut) and the song – Fugly Fugly kya hain… She says that she is looking forward to the movie – Fugly. Anupama signs off by saying – Watch cinemas and think on cinemas.. 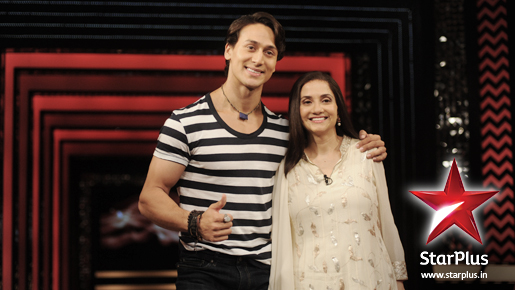 Star Verdict Episode’s Sneak Peek; Movie Trailer of movies discussed on the show and Tiger’s conversation with Anupama chopra in english on -The Front Row with Anupama Chopra
[youtube id=http://www.youtube.com/watch?v=6DSQ7xQzvhU&list=PL4b3KxwBzb87lFhY7OcwtAjgt4cpHeTzA&feature=share]