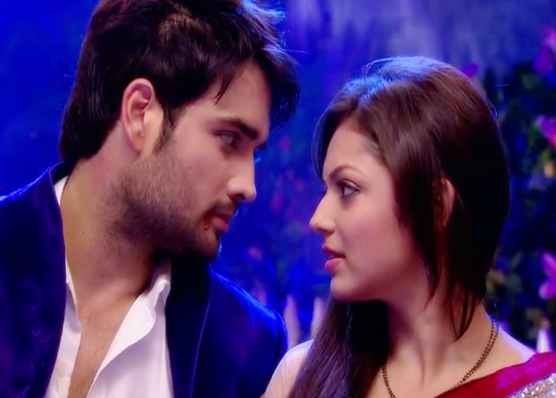 We expected some romantic dose in the show between the couple but the makers introduced new characters as RK’s family. Madhu has been brought to RK’s family. She is shocked to see the people who use bullets more than words. RK introduces her to the family as his wife and his family is shocked. They speak against her for trapping him in love. RK clears the matter and wants to tell them how Madhu has always helped and saved him from troubles when he was incapable to protect himself. Madhu feels in which type of world did she come now.

RK’s family is a powerful one. His Tau ji does not respect women and teaches the same to RK. While RK confesses his love to Madhu many times, it has to be seen whether he can stick to his words or changes with time under the effect of his Tau ji. RK’s family does not accept Madhu by their heart. Madhu finds it hard to adjust with them. She feels she has come in another hell escaping from Abhay after his death. Will Madhu be able to win their hearts? Find out in MEIEJ.