The story is about Sandhya who is from Chennai and shares an experience of a sexual harassment incident which happened 2 years ago in Mumbai. She came after her 12th class to Mumbai for participating in some entrance exams. She was staying with her brother Sudish. The harassment incident happened on the night when she went to a party organized by Sudish’s girlfriend Alisha. She is seen at the party and Alisha and her friends are forcing her to drink alcohol. She informs them about her not drinking alcohol but they insists her much while Honey singh songs are playing in background.

They (Anisha and her male friend Arnav) didn’t stop in their mischief and mixes her drink with alcohol. After that she became intoxicated and is not in her full senses. Anisha and her friends are supposed to go to some another party and thus Anisha arranges a car for Sandhya as she doesn’t want to join them. Anisha then drops her at the car and informs the driver Keshav to drop her safely. Sandhya leaves in the car with Keshav. While driving the car, he eyes on her and calls his accomplice. Sandhya starts to get uneasy because of intoxication and then makes the car to stop and pukes outside. Keshav offers her water and also drops the water on her dress with his will. Sandhya takes that incident lightly and both again leaves in the car while she is not fully aware of his evil intentions. 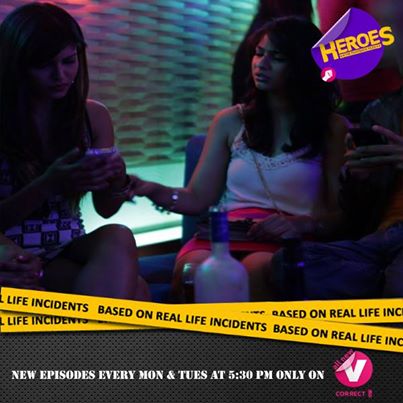 Sandhya gets a sleep in the car and then wakes up after some time to find the car is locked and she can’t go outside. She then finds the driver Keshav with a torch pointing to her who says that he went for a loo. He understands his bad intentions and wants to go out. At this point, his friend Raghu comes in and binds her hands. She begs them to leave her but in vain. Raghu touches her and says that she is so sexy. Raghu touches her face more and they again leave in the car.

After some time, Sandhya says to them that she wants to go to the bathroom, the kidnappers agree and stops the car so she can pee outside. But they don’t give her space and wants to see her peeing. She begs them to see on other side but they don’t. As a result, Sandhya doesn’t pee and cries. They again bind her mouth and hands and takes her again in the car and leave. Raghu says that the girls are wearing short skirts so why is she wearing long skirts. He then tries to cut her skirt and just some moments before that they find a police picket who was checking cars and people. After seeing that, they hid Sandhya much below the seat so that she is not visible to police. The police couldn’t see her and they run from that picket with her. Both decides to put her in the car’s trunk as its a risk to put her in the front. Once she was in a trunk, she initially thought to give up as she saw no benefit in fighting. But sooner, she remembers her father’s words that she got when she was a child. Her father suggests that she should not lose in situations when there is nobody for her and wants her to fight for herself. 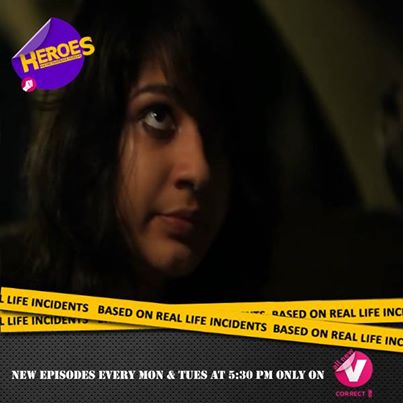 After remembering those encouraging words from her father, she makes a plan to combat the kidnappers. She starts to beat the trunk making Raghu and Keshav uneasy and they stop the car. Both come to her and asks the reason for creating noise. She says that she is suffering from Asthma and needs her medicine which is in her bag. She wants them to bring the bag for her..Keshav warns her that if she is lying then he will do worse things with her. Raghu gives her the bag and she starts to search her bag as they look towards her. She then throws some liquid on their eyes making them blinded for some moments and then runs towards the car’s wheel and finally escapes in the car away from their clutches. She stops the car after some distance and calls her brother and informs about the kidnapping and the harassment incident. She cries profusely and sleeps on the wheel. Tanya, her brother’s friend comes and takes her safely home. Next day, she files a police complaint against Raghu and Keshav and the police arrests them just before their escape to some other city. She says that on that night she didn’t give up and fought because of which she succeeded and this is the one which defines a true hero.