The story is about Catherine from frankfurt, Germany and in short Kat. At first, she speaks about her love for India and its people, colors, dance. She then talks about her passion for documentaries. She wanted to make a documentary on a red light area. For assisting in her documentary, she is helped by a person Girish whom she got acquainted by a NGO (Non-governmental organization). Catherine and Girish are seen on a boat in a lake/river as they are going towards the red-light area. He speaks to her on the dangers of the area while she is taking photos. She tells him to call her Kat and shrugs off his warnings about the danger.

Later on, they begin to walk in the red-light district and Girish goes to speak with the sex-workers there about their plan of taking a documentary about them. Catherine takes photo of the children there. Girish is being told by a person there that they cannot take photos and also will not speak with the girls. That person Jagga is a broker there and also informs Kat to be away from his girls. Girish informs her to be away from the girls of Jagga and she agrees. Kat shoots with her camera the people there and then a passers-by comes and touches her. Girish comes to her rescue and makes that passerby leave. 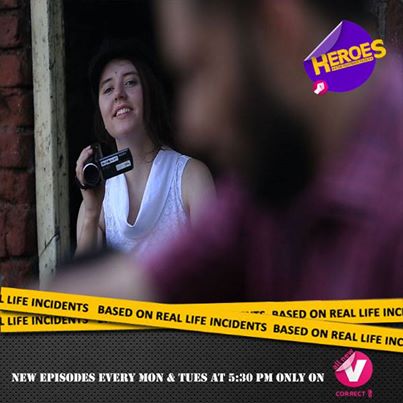 At home, Kat sees video of that passerby and children that she shot by camera. Next day, Kat again comes to that area and catches children’s moments with her camera. She finds one kid to be silent. Girish says the kid is Rishi and is mute. She gives Rishi her camera as a goodwill gesture with love. Sooner, she finds Sakshi a sex-worker there whose face was burnt by Jagga her broker. She wants to interview her but Girish says its not possible as she is a Jagga’s girl. Sakshi is the mother of Rishi. 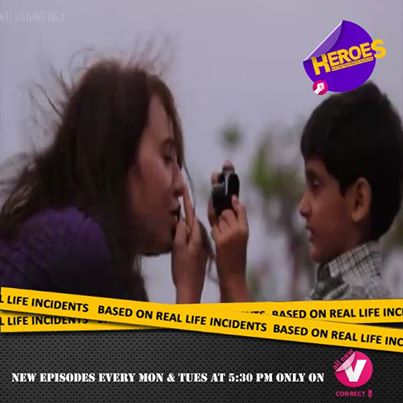 Kat speaks that she wants to shoot stories of girls like Sakshi. Next day, she meets a sex-worker and interviews her and gets the story about her life. She gives some money to her. Girish asks for leave from there as he has to celebrate his girlfriend’s birthday. Kat wants to shoot more for 1 hr there and when Girish cites danger, she says that she can defend herself with Pepper spray. Later, her curiosity brings her to Sakshi’s home and wants to interview her and also finds Rishi and gifts him a personal camera. Sakshi agrees for a 5 minute interview as Jagga can come anytime. Sakshi says that she came from her village to Delhi 5 years ago and Jagga then sold her at the red-light district. Kat says that she couldn’t understand Sakshi’s words but understood her emotions as it was universal and also felt the hard pain of Sakshi which got accumulated over the years. Sakshi says Jagga burnt her face when once she wanted to escape and her statement is recorded during the interview on camera. At that point, Jagga knocks the door and comes in. She hides Kat inside the home. Jagga directs her to stand outside as it is the time of business and then he leaves.

After the interview, Kat leaves from Sakshi’s home and on the road Jagga intercepts her and takes her camera. He shouts and wants her to take his video. She then uses pepper spray and flashes it at his eyes and then runs away but unable to collect her camera from him. She comes home and cries. She calls Girish and wants to file a police complaint against Jagga about his molestation. Girish says that if she complains to police then she cannot shoot as Jagga doesn’t like Police. She is adamant to shoot again with her new camera and comes to Sakshi’s home. She finds there Rishi severely beaten up and Sakshi been raped by Jagga last night. Sakshi cries and wants to go away from there. Kat consoles and promises to take her away. Some women says that they cannot leave because of their children. Kat becomes determined to help them and goes to a police station. The police officer says that to nab Jagga either Sakshi has to come or they need some evidence against Jagga.

Kat decides to take Sakshi’s statement which is recorded on her camera as Sakshi cannot come physically to the police station as Jagga keeps an eye on her. Another problem is that her camera is with Jagga. Both comes close to Jagga home and the plan is to go to Jagga’s home in his absence and collect only the memory card from the camera which will be used as evidence. Kat knows from Sakshi that Jagga is away from his home for half an hour during his dinner outside and this is the time to execute their plan to collect the memory card. Girish goes to Jagga’s home and also takes the help of Rishi as he didn’t want Kat to go because of much danger. Rishi helps him but before their completion of card collection, Jagga again starts to go to his home. Kat sees that and wants Girish to run away from Jagga’s home even if he didn’t finish his plan. Kat then goes to Jagga and intercepts him with the intention to fool him around and waste time so Girish can execute the plan well-in time. Jagga holds her and asks her does she came to collect the camera and warns that he will do the same what he did to Sakshi. His friend makes him calm and in this way Sakshi is not hurt by Jagga. She comes back to the car and Girish with some hesitation shows her the memory card. Both bursts in laughter upon their success as now they have the evidence. After that, Jagga was arrested and that was the victory for her. She managed to take Sakshi and Rishi out from there. She faced harassment but she didn’t accept defeat and even against all odds, she fought back and that makes her a true hero.