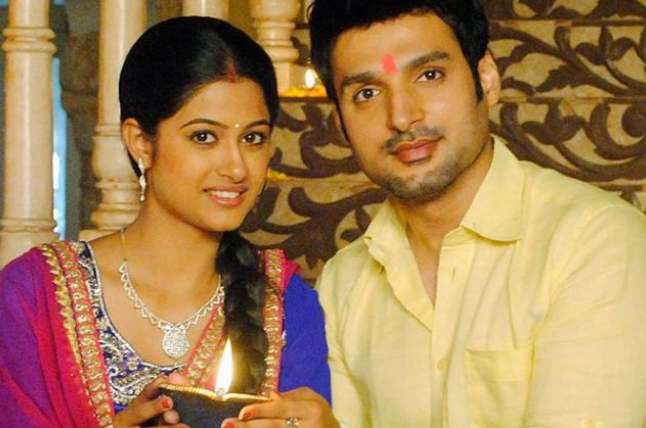 Bani, Rajji and Parmeet tried hard to make Soham get his memory back, but failed. Bani made Guggie and Kookie enact Soham and Rajji’s argument and it reminded Soham about Rajji a bit. Parmeet and Bani made Rajji and Soham spend some time in darkness, Rajji hugged him and Soham was shocked to see her. Soham got tensed thinking how could Parmeet’s wife hug him. Soham came home and got to know a bit more about Rajji, as he got flashes hearing Rajji’s voice saying him I love you. He thinks Bani is his wife, then how can anyone else love him. He questions Bani about this and she is speechless. She asks him to think himself.

Parmeet took the matter ahead by holding Rajji’s hand and telling Soham that he will marry Rajji infront of him, if he does not remember anything. Parmeet starts taking the rounds with Rajji. Soham gets his memory back as he gets the flashes of his marriage with Rajji as his bride. He faints and is brought home. The doctor checks him and Soham asks for his wife. Bani stands infront of him, but Soham asks for Rajji. Everyone become really happy and its celebration time for Rajji to get her husband and his love back. Bani thanks Parmeet for making this possible and tells him he has really changed. Parmeet is Bani’s husband, and wishes to make their relation strong and full of love. Parmeet asks Bani to marry him again, as this time his heart truly loves her. Bani is stunned by his wish. What will be Bani’s reply to him? Keep reading.