The story is about Palak Sharma, a 23-years old girl who works as a physiotherapist at Meerut Hospital in Uttar Pradesh, India. She talks about her father who was never impressed with her work as a physiotherapist as she work on massaging others and even doesn’t appreciate on her top-level success in education. At first, she is seen going on an auto rickshaw and
meets her father on the street who was speaking with his friends. She wants her father to drop her at her college but he becomes annoyed as she has broken his dialogue with friends and talks on her impatience. 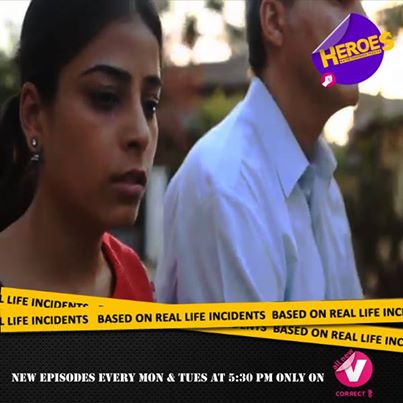 She speaks with the audience on getting an opportunity to prove herself in front of her father. Palak’s story starts with her assignment of taking care of her paternal uncle as a physiotherapist at the Meerut hospital. Her uncle had a plaster on his leg and appreciates her at the hospital and speaks that Palak is much better than her own brother -kishan. Palak takes her uncle for exercise and wants the uncle to put less pressure on his ankle and wants him to put pressure on the second leg instead. She wants him to walk by taking her support but after walking a bit he couldn’t walk more and sits on the bed. She says that they will do exercise tomorrow without any excuse.

At home in evening, Palak’s mother asks about her uncle – Dheeru and wants her to take proper care of him as he has done lot of things for her. Next day, She massages her uncle in the hospital following her physiotherapist duty and as she massages him, he sees her. Sooner, she asks him what happened and he answers nothing. Then, Palak’s father comes there and wants to take his brother home as he can recover at home instead of hospital.

Palak brings Uncle home by fully supporting him. When asked how is he ? He says that he got pain in the ankle and even got pain in his thigh. Palak’s brother suggests to their mother about giving Palak’s room to her uncle as she works for most of the time outside and her brother doesn’t want to give his room to uncle. Later on, she again comes to her uncle, who wants her to massage like last time and even massage again on his thigh. At this point of time, she begins to get uncomfortable a bit. He then picks up some perfume and asks about the nice smell that he gets from her. She says that around the bed her personal items are present and perfume is one of them. He replies that what’s personal between a niece and her uncle. He then tells that he doesn’t follow old traditions and wants her to speak openly with him. He asks, does she has a boyfriend ? She replies that she doesn’t have a boyfriend. After hearing it, her uncle starts to touch her hand because of which she goes away from him citing an excuse.

Palak says that from then her uncle starts to touch her during the time when she used to massage him. At that point, she was not aware of his intentions either good or bad, but she starts to become uncomfortable. Her uncle starts to recover and she thought to have her mother, father or brother kishan on her side during the time of massage. Next day, her uncle speaks with her mother and Palak comes home to find out that about birthday celebrations at home. Palak’s brother informs her that their father has taken loan from some other uncle. He wants her to take care of him as he has pain and also warns her to not go to her father on petty issues. She then starts a massage to her uncle’s ankle and he asks her about not using the perfume which she uses regularly. At that same moment, the electricity goes away, and the uncle starts to take undue advantage of the situation by coming very close to her, sooner he stops as her mother comes to that room with a lantern to bring light. Palak runs from that room by calling her mother.

Palak now became confident about her uncle’s actual intentions. She proceeded to call the main doctor – Dr. Radha to their home so that she can inform her father and family that the uncle has recovered well and doesn’t need further treatment and therefore can go home to his village. When Dr. Radha asks him whether he gets pain. He replies that he has lot of pain and she replies that if he still has pain then he would have not moved his ankle. Her uncle then speaks with the doctor that he is puzzled because of pain in his ankle and back. The doctor suggests further treatment which is Hold and Relax technique twice a day and ice pack 3 times a day.

Palak’s plan was foiled and her plan didn’t work as her uncle was very smart. She realized that she has to do something else and wanted to employ uncle’s own plan against him. Palak goes to her parents and suggests them that they can celebrate her uncle’s birthday in a modern way. Her uncle calls her to his room and soon learns that palak’s mother and brother are going to temple with a wish for the uncle. Palak now knows that her uncle will do something as she will be alone at home and things were not working according to her plan and timing was wrong. Her uncle speaks about Sponge’s bath as he didn’t took since long time. As he tries to unbutton his shirt, she cries and he responds that a doctor’s job is to make other’s cry and here a doctor herself is crying which is a taunt. Sooner then, they hear some noise and palak is told to find out about that noise. She finds her brother but he goes back soon from there making her alone again.

Her uncle then removes his shirt and touches her face much to the annoyance of palak who speaks about the wrong and wants him to feel shame for doing it. At that point, her parents and brother comes into the room and catches the uncle red-handed committing the abuse. First, palak’s mother slaps him for his abuse and her father informs him that he is not sending him to prison and regards that the loan that he owe him as the reason for not doing so. Palak hugs her father who supports and gives her emotional support. 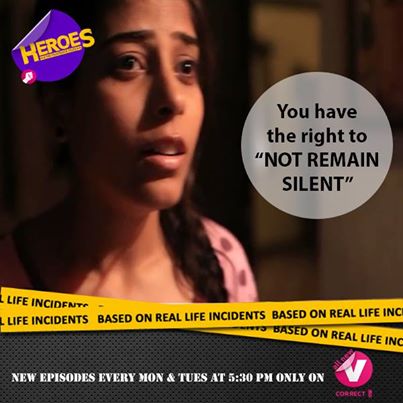 Palak says that since 4 years they are not in touch with her uncle. She says that we need to change our thinking for a positive change, and until that time we will find people like Dheeru uncle in society. She firmly states that we should not remain silent, and need to fight. She fought and won as a Hero.