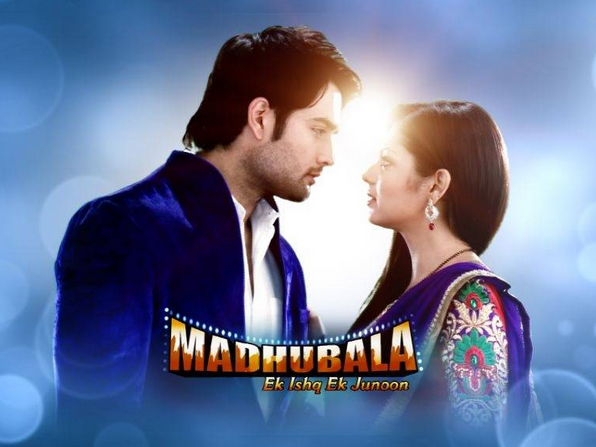 Bhanu has been much angry after RK insulted him infront of everyone making him dance. Agni fills his ears further. Bhanu decides to get RK killed, but Agni asks him to target RK’s life Madhu. Bhanu agrees and hires a killer to kill Madhu. Madhu reaches the temple to meet Kaal Bhairov not knowing he would be killing her. The pandit turns to her and aims a gun at her. Just then RK reaches there, and the death prevails on their heads. He proceeds to kill RK first and Madhu gets shot to save RK from the bullet.

Madhu faints in RK’s arms. RK is shocked seeing his love breaking down. He quickly ties a hanky to her wound on her arm and lifts her in his arms to get her medical help. Madhu is annoyed with him as she very well knows if he makes enemies like this, he will one day be shot by them. Death is an answer for death at Dau ji’s house. Let’s see how the family react seeing Madhu’s state. The show is becoming interesting with good acts by all the actors in this new track.