Rajkummar Rao (actor) starts the show and tells that people wear dual masks in the society where the difference between male and female child for them is very big like the one between earth and sky.

Theme of the Episode: Fight against Sexual Harassment; Fight for equal rights in the Family and Society; How far can you go to fight for bringing love and dignity to your family ?

The story is about 18-year old girl Iffat from Kanpur, India. Iffat flies kite without informing her brother, and then comes to her mother. She then tells her daughter to give tea to her uncle. Iffat’s uncle take care of her and family after her father’s death. Rajkummar Rao speaks with her and she says that her family had always preferred male child by focusing more on them and giving less preference to girls. The story now goes back and her grandfather speaks with Iffat’s brother. Her brother – Basit taunts that who will marry Iffat ? Iffat goes with her friend outside to school clad in a Burqa (veil), and on the street outside a man – Tahir tries to harass her in an unruly and objectionable manner. She becomes annoyed with him.

She comes home and speaks with her mother about Tahir’s harassment and his bad looks at her. She wants to go to a movie with her brother and her mother asks her to take the permission of her uncle. When she asks her uncle for a permission, she is being told how she can think to go ? Her mother informs why she asked her uncle in a large tone ? Her mother suggests that there is a difference between her and Basit (her brother). She then informs Iffat to give a burqa to Zubeida aunty who is a neighbor. She goes without a veil to give a burqa, and is interrupted by her uncle who taunts her on not wearing a burqa.

Next day, her brother doesn’t go to school citing stomach illness while she goes alone in a burqa. On the road, Tahir again follows her and she walks fast trying to escape him. He comes in front of her and says that for how long she can run away from him and wants to see her face and then asks her to uncover her veil. After hearing her voice. he becomes happy and wants her to speak something. Iffat manages to escape and comes homes and cries. At home, she informs her family about the harassment. Her grandfather speaks that only girl will be blamed if they don’t have any fault and her uncle suggests that as a punishment she will not go to school for one week. Her brother goes to school and she stays idle at home and ponders. Basit speaks that he wants the watch of his father and she speaks that if her father would have been alive then she will not be caged in her home. Iffat’s mother speaks about a similar situation that she went through and says that until now she is bearing that pain and cries. She says that the borders created by men cannot be crossed by women like them. 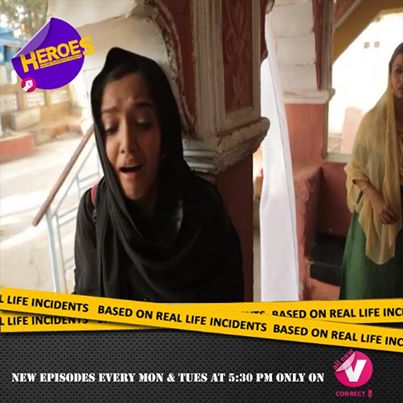 Next day, Iffat washes clothes and puts them on the terrace and her brother who was flying kite there says that kite flying is a difficult task and taunts that her work at home is much easy as she does only cooking, washing clothes. She then challenges him for a kite fight on the context that if she loses she will give him her father’s watch and if he loses, then he has to live the life of Iffat for a day. Iffat speaks with Rajkummar rao (the host) and she says that she took that decision to challenge and she got one opportunity to fight and she didn’t want to leave that chance even for the sake of losing her father’s watch. Iffat and Basit participates in the flying competition and Iffat is supported by her mother and they challenge each other on the sky and Iffat wins and Basit’s kite is lost in the sky. Iffat becomes happy as well as her mother and grandfather. Iffat speaks that whatever happened to her she didn’t want the same to her younger sister Jannat thats the reason she took that challenge. When her grandfather drinks tea, he finds salt instead of sugar and she laughs a bit on her brother as he prepared or served that tea. She then wants his brother to bring Idli from Raheem Uncle’s shop. She then gives a Burqa to him so that he goes out with a burqa. Her grandfather suggests that he has to wear a Burqa as he has lost the Kite challenge and as promised has to live the life of Iffat and hence wear Burqa.

Basit goes out wearing a burqa and Tahir again interrupts thinking him as his sister Iffat and touches his hand and talks about wearing a bracelet for her. He then starts to harass and says that he will see his brother and uncle and makes fun at them. Basit fights and runs away from there. He comes home and informs them about the harassment that Tahir meted out to him as he though him to be Iffat. Iffat asks her uncle if she gets harassed by Tahir then she is to be blamed but if Basit is harassed then Tahir is to be blamed. Her uncle becomes furious and even warns to kill her. At that moment, her grandfather steps in and wants to deal the issue with Tahir directly and takes her outside without a Burqa. Her mother doesn’t want them to go outside. Her grandfather confronts Tahir and wants Iffat to slap her hard. He gives her confidence to slap him and says that he is there to support him. She slaps him hard twice while covering her face with Dupatta. Her grandfather speaks to Tahir that if he sees again a women with bad intentions and looks then he will take out his eyes. 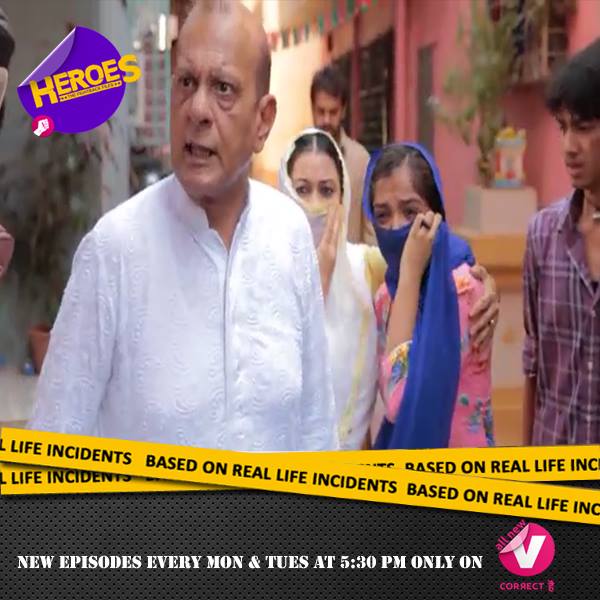 Rajkummar rao asks her how did he get that strength and Courage ? She says she saw her mother from many years and saw her always quiet. She decided to fight as it was the last opportunity. He says that Iffat fought not only for her but also for her younger sister Jannat. She also brought respect and also changed the attitude of her family towards women. He then talks about his movie City Lights that releases on 30th May 2014 and also the movie’s theme is – How far will you go for the love of your family ? which is similar in spirit to Iffat’s story.

* Burqa: Burqa is an Urdu word also known as chadri or paranja in Central Asia envelops outer garment worn by women in some Islamic traditions to cover their bodies when in public. The face-veiling portion is usually a rectangular piece of semi-transparent cloth with its top edge attached to a portion of the head-scarf. In other styles, the niqāb of the veil is attached by one side, and covers the face only below the eyes, allowing the eyes to be seen. It can be turned up if the women wants to reveal her face. Read more on its Wikipedia page.

* CityLights movie: Rajkummar Rao’s upcoming Hindi drama film directed by Hansal Mehta (recently directed Shahid). It stars Patralekha as Rajkummar’s co-lead and the movie is a remake of BAFTA nominated British film Metro Manila (2013). The story of the film is about a poor farmer from Rajasthan coming to Mumbai in search of livelihood and releases on 30th May 2014. Read more on its Wikipedia page.