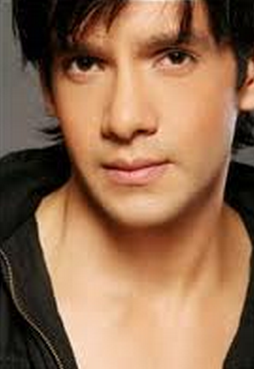 When Sakshi was questioning Babjee and his daughter Divya about their connection with Durga, she was pretty sure they won’t let her know Durga’s secret. Akaash acted infront of her and asked her to leave them on his responsibility. Sakshi, cunning as ever, did not trust him, and stood right there to see the place get burnt, so that Babjee and Divya die in the fire. Akash got tensed seeing the fire and asked Sakshi to leave before the police comes. Sakshi soon left and Akash ran to save Babjee and Divya with the help of Durga. It was surprising track in the show where it was revealed that Akash is Durga’s informer. He had been helping Durga since he has replaced Navin Mathur in Goenka Group. Well, he has earned a place in Sakshi’s good books by bringing Durga and Payal’s pics. Sakshi is not aware that Akash is cheating them too.

Durga is relieved after saving Babjee and Divya. Dayal treats their burnt wounds in his hospital. Later on, Dayal talks to Durga and asks her to think about her personal life. He says he wishes to see her live a normal and happy life. He wishes to see her married to some good guy and start a new life. Dev Goenka, Suchitra’s son and Shaurya’s cousin is soon going to make his entry in the show. He is the heir of the Goenka empire as he is elder to Shaurya. He was Nitya’s best friend and always respected her and Payal. He was away in New York with his mum when Payal was raped by Shaurya. Suchitra and Dev do not know whether Shaurya is really behind all this.

Dev is a righteous and honest man. He prefers to support truth under any circumstances, even if its affects close relations. Dev is back in Kolkata and wants to find out the reason of Nitya and Payal’s disappearance. He will be soon finding out Payal’s story. He does not know how Shaurya mistreated Nitya and sent his goons to kill her. He wants to seek justice for Payal and meets Durga. He starts feeling as if he already knows Durga seeing her goodness. While Durga knows him very well, she will hide her real identity from him. Will he find out that Durga is Nitya? Will he bring true love in Durga’s life? Keep reading.