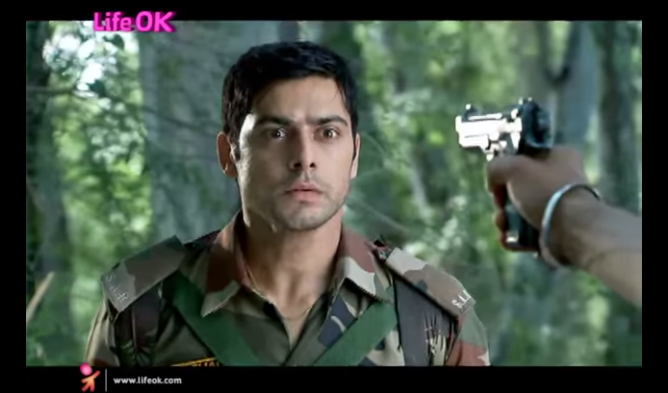 Purab was literally shocked when Sameer broke the news to him that actually he is the one whom Meher agreed to marry on Bebe’s insistence. He tells Purab that Bebe has also done the Roka and have Shagun to Meher. Purab was mistaken that Bebe took his proposal to Meher and she agreed to marry him. But no, Meher agreed to Bebe’s wish to become her daughter in law and always stay with her. Purab gets much angry on Sameer. Meher is in dilemma to marry Sameer, as she is confused about her feelings. She regards Sameer as her best friend and thinks how can love develop in her heart. She still has to realize her love. Sameer thinks Meher is unhappy with his proposal as she said that on phone. Sameer gets a wrong image about her.

Purab and Sameer are sent on a war mission and they fight with the enemies quiet well. Purab confronts Sameer about Meher and tells her that he loves Meher since childhood and always wanted to marry her. Purab counts the favors done on Sameer and tells him that he can do anything, give him anything, but not Meher. He asks Sameer to sacrifice Meher for him. Sameer is shocked knowing this. Before he could decide anything, Purab thinks to end the chapter for once and all. He shoots Sameer. Purab informs everyone that Sameer got killed by the enemy forces.

Bebe and Meher mourn for his death. Bebe’s fears about Sameer joining the army turn true as she loses her son. But they won’t find it easy to accept as Sameer’s body goes missing. Sameer survives and he is taken away by the opponent group. Sameer realizes what Purab did with him and thinks to expose him at any cost. He thinks he will do whatever it takes. This will be bringing a major change in Sameer’s life as the show stated in the beginning.