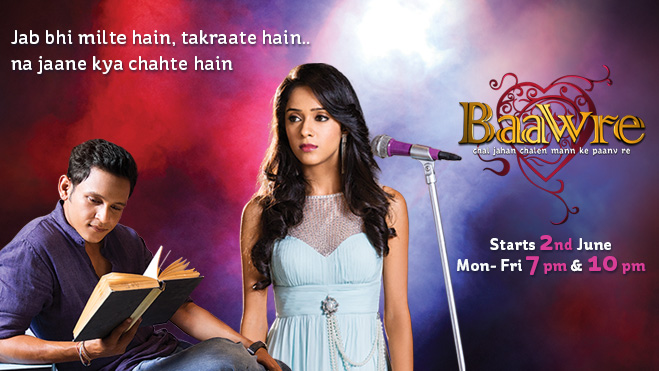 Baawre: Chale Jahan Mann Ke Paon Re (Crazy one: Sweeping someone off their feet)

Neelesh Mishra, writer starts the show and dons the role of a story teller/presenter, and speaks about the city Lucknow first – heart of India, small town whose characteristics are small streets, corners, worship zones, sunshine gardens, mohallas, and windows combined with skylight and ventilating ones (Roshandan). This is old Lucknow, and there is a new Lucknow with red color located in Gomti Nagar. He regards the city to have lots of open places and sunshine where people can relax with ease. He speaks that his new story is about a king (Rajkumar) and queen (Rajkumari) from the same city Lucknow, and both of them are limited with some constraints.

The story starts with people advertising about Yamini’s performance in Lucknow. Yamini is a singing star of Lucknow, and her posters are placed in the city, and the people informs about her concert at 7 pm and says that the entry is free. 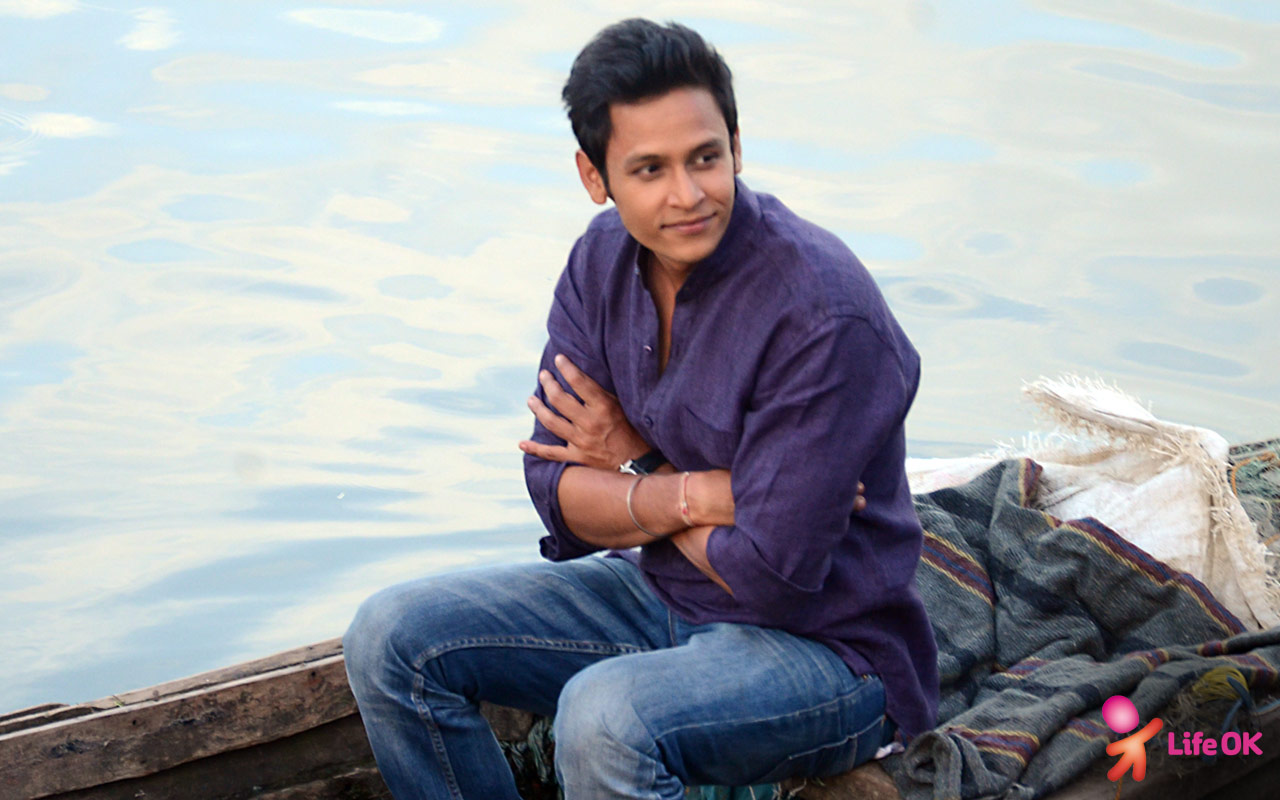 The advertising people wonders who will be the love of Yamini and the one who will win her ? Nikumbh visits his family house and he finds some letters scattered over all the place and hugs the letters and feels the place and remembers his father’s past words who wants him to learn from his brother. He goes there and holds a Gada (indian mace).. The voiceover from Neelesh Misra speaks the following lines: ‘purana khat mila hain aaj ghar mein.. purana khat mila hain aaj ghar mein.. Diya se Jal gaye hain kandehar mein..koi khat shaam ki dulhan ka manzar.. koi panna jhulasta dopahar mein.. Hain kuch lamho mein saari umar jee lee..Baras kitne guzaare raat bhar mein..purana khat mila hain aaj ghar mein…Diya se Jal gaye hain kandehar mein’ and Nikumbh sister’s words are the one which wants him to speak with their father.. 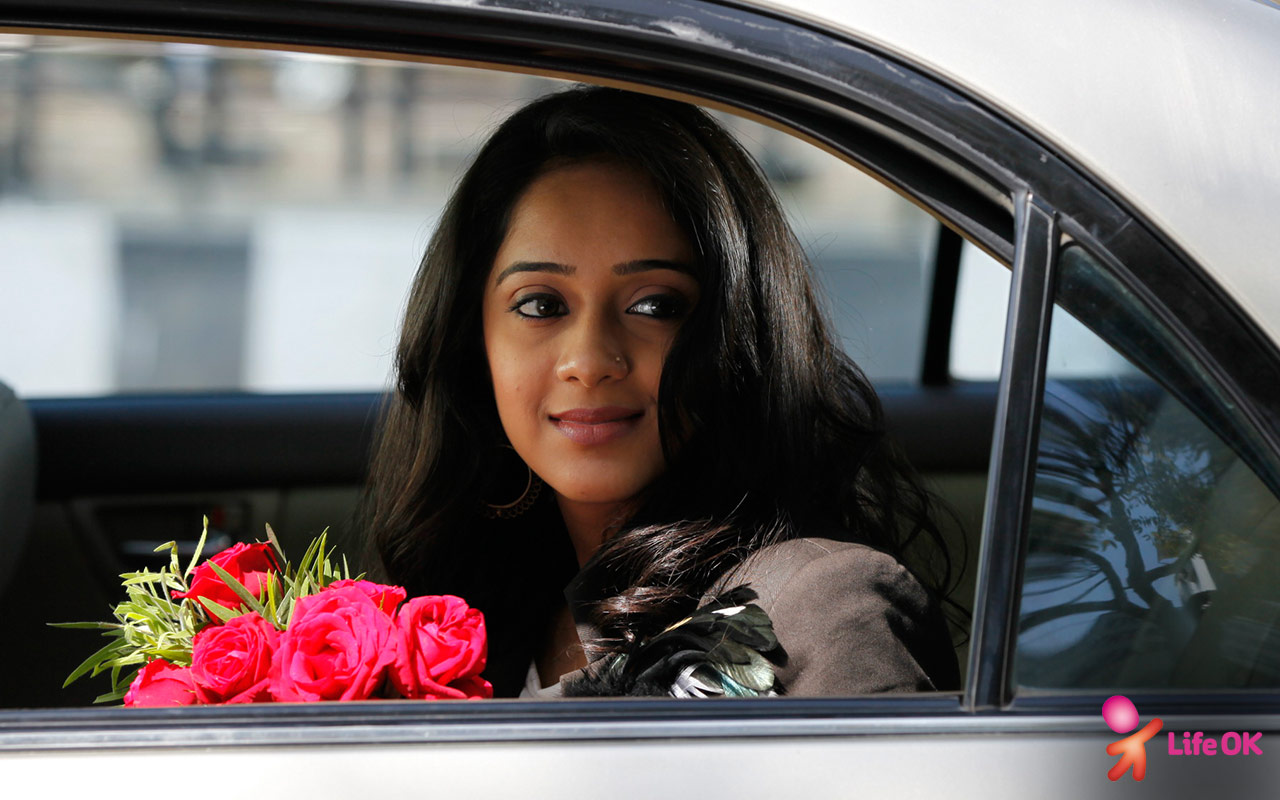 Sooner, Nikumbh’s friend Azam comes and asks him where he has been since afternoon ? He says that he came to meet his father and when the father was alive he didn’t understood him and also the same with his father. Nikumbh wanted Azam to help him in opening an old Almirah and then speaks that all the belongings of his father has gotten rust though he comes every three months. He speaks that they have made the home like a ruined place. Nikumbh shows a dress of Angad to Azam. Azam informs him that he is hurt, and Nikumbh speaks that he should have played cricket instead of falling in love. Azam receives a call from a friend, and informs the friend to reserve a seat beside his girl friend Shaheen. Azam takes Nikumbh to some place and informs that his girlfriend Shaheen loves him and says that his love is not one-sided. Azam wants to help Nikumbh in his love story and suggests him to forget his first love and make a room for the second love and also cites madhuri’s words from Dil to Pagal hain that there is somebody for everyone.

Yamini prepares for her performance and is appreciated for her dress. She is informed that the show will start soon in some minutes and the people are very excited, but they want to delay the show as the legislator is coming directly from the assembly and this is requested by her father. Azam speaks about Yamini Singh while they are going on a scooter and shows the hoarding of her to Nikumbh who returns a smile. Nikumbh finds a young people speaking with sign language and the boy apologizes to the girl. Yamini’s father comes to her and speaks about her health. He says that people are excited and also the legislator is also coming and there is no cause of worry. He asks her why she looks so gloomy ? He speaks that only by good singing you cannot become a good singer as you need to smile and interact with the audience. He also suggests her to improve the body language and says that dull colors doesn’t suit a star. He orders her to change her attire and wear much colorful clothes. Yamini accepts her father’s orders with some uneasiness on her face.

Azam and Nikumbh comes to Yamini’s performance center and Azam hurriedly goes inside and sits behind Shaheen. [Voiceover speaks that this is the place where the story will actually start and says that a good surprise (Ittefaq) is going to happen..stubborn, carefree prince, and a nervous and innocent queen and then.Batakle.. Batakle..Baawre..song playing].. Yamini comes on stage and greets the audience who applauds after seeing her. She waves her hands and blows kiss at the audience and Nikumbh unknowingly goes to her make-up place and checks out things there like her perfume and writes down the Hawaaoo mein shaher ki Ankahi shararaat kahe bhi kuch bhi na kehna husna wala ki shararat hain..and ponders to complete the line. Yamini sings there on stage – Tera liya..Chod.Chaad Apne Saleem ki Galli..Anarkali Disco Delhi Chali..and Azam continue to flirt with Shaheen. Nikumbh receives a call who informs that his theatre cannot be played and only Bollywood show will run. Nikumbh becomes angry with the organizer and suggests that before all cultural events were organized by him thus he don’t want to listen to him. Yamini ends the song and gets applaud from audience, legislator and her father.

After the performance, as she walks back to her make-up room and is told by her father to spend some time with the legislator and take photographs with his family as well. She gets some minutes from her father for resting and she finds Nikumbh sleeping there on her sofa. She starts the music to wake him up and in the process breaks his phone. He recognizes her and calls her as lucknow star – Yamini singh and suggests that she sings clever songs and all the people in lucknow is in awe of her. She responds that he doesn’t have manners and even entered an artist room without permission. She threatens to call the security for his misbehavior. He says that how come she became an artist as she only listen some songs from CDs, run orchestras and has taken unjust money from rich people for her hoardings and publicity.

He taunts her and calls her an insult to artists and goes on to say that because of them true artists sits at home as they think as losers. Furthermore, he says that she has made the stage dirty with her performance. He further taunts and says how come she is ‘artist’ and calls nonsense, and suggests her to try for modeling as she has a good face and sell creams, and products on television. As a minimum he wants her to not insult artists. Yamini is stunned and as he is about to leave, she speaks that he has degraded her work, but informs him that she puts lot of efforts in her work and asks him what does he do ? He asks her to contemplate herself, and wants her to think of the last time she became proud for her performance and to be true. She begins to ponder and doesn’t utter a word. He then says that this is the truth and he was the one who made it realize to her. He asks for her leave and says she owes him a thank.

Neelesh Misra speaks that both strangers (Nikumbh and Yamini) met but they also fought which he didn’t thought it would happen but he believes that they [Yamini is bounded in her boundaries and shackles while Nikumbh wants to break all boundaries] will meet again tomorrow at Hazratganj corner. Yamini and Nikumbh meet there on the road and he suggests how come a popular artist came to meet a common man ? She asks him to feel what will happen when you stand in-front of thousands of people and suggests that he will become like a frightened cat. 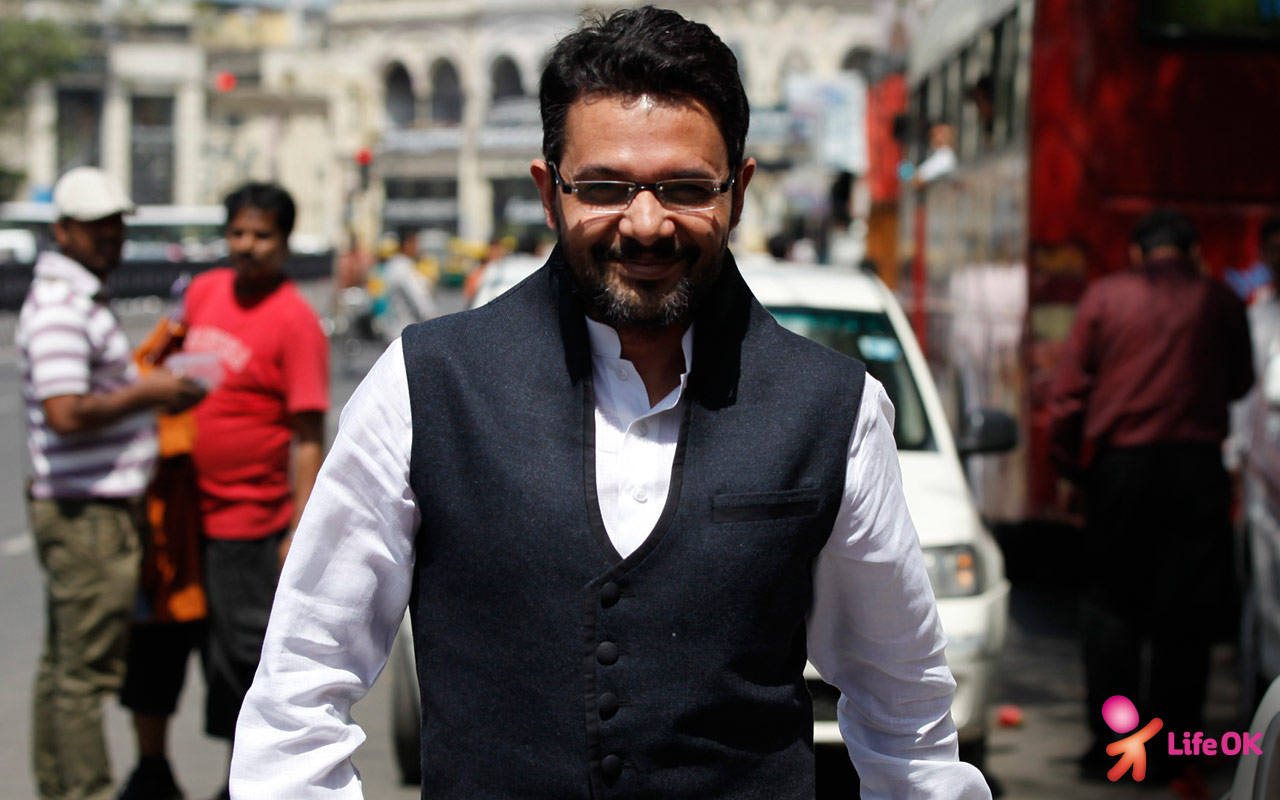 Info On Cast and Writer/Presenter:

* Yamini is played by actress – Vinita Joshi Thakkar who was seen portraying the role of Dugba’s daughter Kumari in Saraswatichandra (Star Plus). Vinita’s Twitter page.

* Shaheen is played by actress Priya Tandon. Priya is from theatre background and Baawre is her debut show. 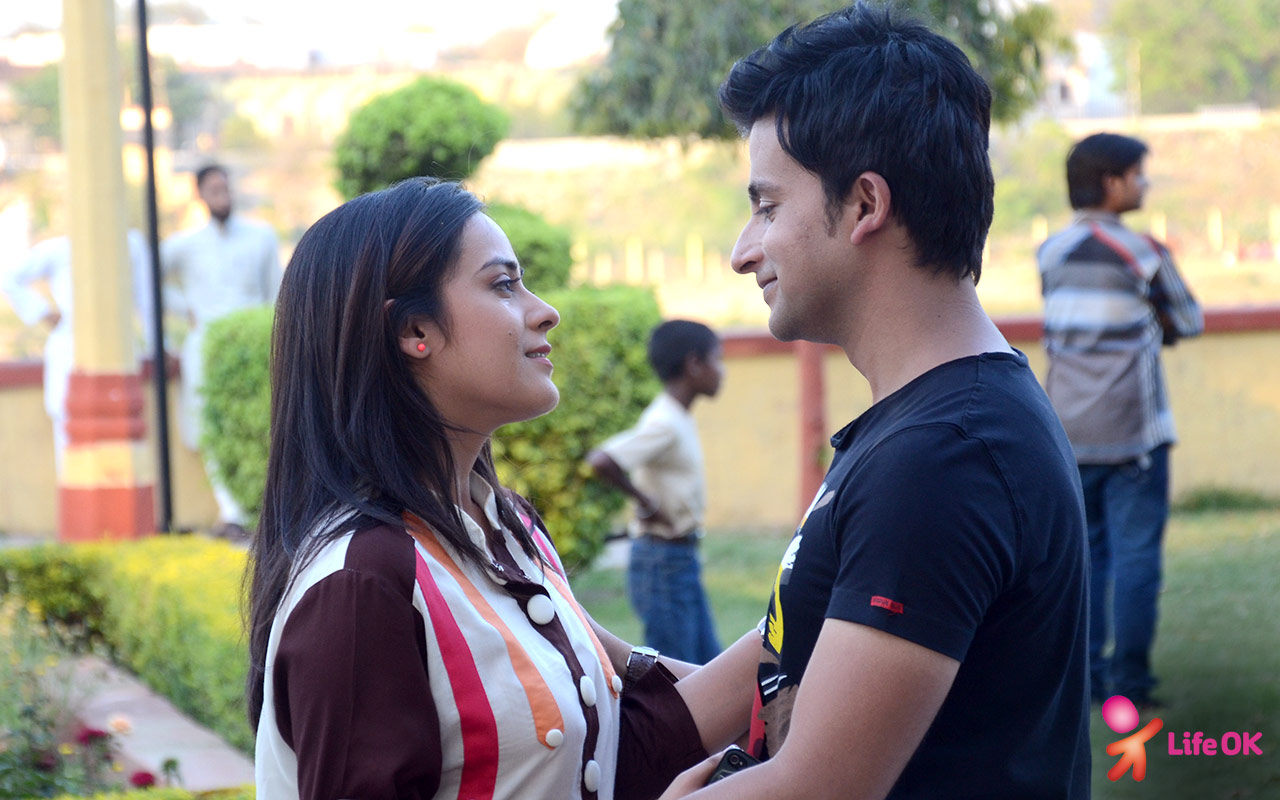 * Neelesh Misra is the writer of the show and also a presenter/storyteller (sutradhar).

Some of the Questions which the show is exploring and/or projecting:
* Can a person from a small town dare to dream big?

In this case, Nikhumbh is a theatre personality and keeps high hopes and respects his craft. While the people around him like his theatre play organizer and others are not so inclined in realizing Nikumbh’s goals and first steps to successful career. Nikumbh’s philosophy is to make a mark starting from his small city -Lucknow.

* Does Yamini only need to make her objective as fulfilling the dreams set out by her father ?

Yamini is a well-known singer in Lucknow and has a very innocent and suave personality. She has a fan following in her city. Yamini listens to her father’s diktat who suggests her on things to improve in her personal and professional life. He even sets and guides her goals and aspirations. As an obedient daughter, she continues to follow and listen to her father.

* Where their unconventional love story take them ?
Yamini and Nikumbh’s love story begins in Lucknow where they have first met at her concert, and it will culminate by ending in Bollywood.

Additional Note: We (TellyReviews) hope to provide couple of posts/reviews on this show Baawre per week.