The show starts with a girl Shivani going in a auto and is eyed by a middle-aged man from his car. He sees Shivani in short dress and continues to look at her legs from his car. As it went for quiet some time, She steps out of her auto and confronts the man and tells him to behave and show respect for women though he speaks that he has not done anything wrong.
On a different note, Shivani speaks to the show interviewee that she took a fashion course, and was very outspoken in her attitude but whenever there is something wrong, she always speaks up.

Theme of the Episode: Fight Against Sexual Harassment; Fight for your Self-Esteem, Respect, and Confidence.

The story goes to the time of her attending the fashion course class and she meets other students of the class. Shivani is introduced to a boy Sanjay by her new class friend who says that he has topped the entrance exam and also is the son of famous fashion designer Vikram Dhingra. 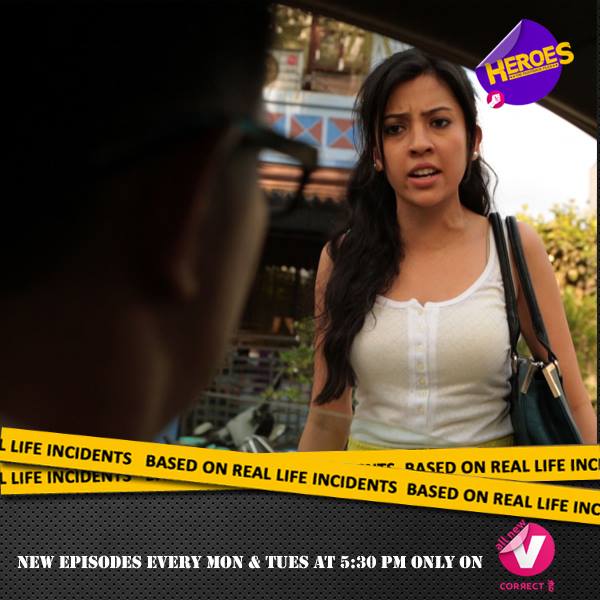 Shivani becomes surprised to know about it. Sooner, the professor comes in the class and shivani finds out the professor to be the same person to whom she has scolded about manners and becomes a bit worried. He introduces himself as Pratap Raghuraman, head of the dept for the course. He asks for introduction from the students and he then asks Shivani’s name though she becomes stunned. He asks why she is so tensed after seeing him and asks her whether she became stunned after seeing him and asks her whether he looks handsome ? Shivani says that she thought after seeing him in the class, she knew that he will create problems but whatever she did with him regarding scolding was right. Shivani comes to him and apologizes for that incident. He says no need to be sorry and tells that she might have thought that he is checking out her. She assures him to not repeat the mistake and he wants her to move on. He then speaks that he was looking at her because of the outfit and wants her to wear the same dress the next day.

He then informs her that he will tell the reason about her dress the next day. He speaks in the class about perception, and says that some people thinks that wearing short dress is fashionable, but says that not everybody looks good in short dress. He regards Shivani as Walking-Talking fashion disaster and asks Shivani to stand out in the class and all the students are seeing her. He says that shivani’s dress is crap according to him, and taunts her and shows a negative attitude. Because of the professor’s attitude, other students were also developing the same attitude for her. He wants Sanjay to work with Shivani as a pair and design swim-suit. He comes there and intercepts and wants Sanjay to take first measurements of Shivani. She says the textbook doesn’t speak about measurements regarding swimsuit. She decides to take the measurements on her own and asks the professor directly. She says that boy’s attitude were better with her and understood that she was targeted by Pratap sir for no reason. She also became friends with Sanjay and his friends. She then started to work on assignments and she got maternity clothing as the professor wanted her to work on that.

He comes to her and speaks that whether Indian women wear such dresses during their pregnancy. He taunts on her design sense with bright flowers and wants her to start again and throw the dress. She then again starts the design from scratch and he again comes to her without informing her. He says why she is always stubborn and wants her to work according to his suggestions. She speaks softly with him and says that if she needs to pass in exams then she needs his guidance (her first step to trap him). He touches her hands and body and says that she will succeed if she listens to him and also help in her assignments. He eyes her and holds her. Sooner, the students come there and she says he will show some maternity dresses. He designs some dress and says that its important to have attention to details in the design and covers his abuse away from the students. Shivani is annoyed.

Next morning, the professor Pratap informs the students that 3 judges will judge their design and the fashion model will showcase their designs. He asks Shivani about her design. She says that her model is getting ready and she has lot of layers and elements to her design much more than he wanted. The judges begin to assess the student’s design with Pratap. Pratap excuses them and meets Shivani and other students and asks her to get ready for her turn and Sanjay sends him away citing that the principal is calling him. Pratap goes to meet the principal and Shivani goes with her model who is dressed in plain white colors without any vibrant colors. She presents to the judges her model and design, and after seeing the model the judges begin to talk between themselves and asks her what kind of dress she designed ? They say for them the dress looks like the one designed by a street tailor around the corner. She responds that the professor has taught her to design in the present form – with no colors, fabric, style, cuts, some inches loose as it is a maternity dress. Pratap learns that the principal is not there and understands that he was wrongly sent there. She again reiterates that her professor Pratap sir has taught her the design. Pratap becomes nervous after hearing shivani’s words. She then informs the judges that the current plain dress is not her design, and speaks about her original design. She then invites the actual model who comes wearing a red gown and the judges like the original dress a lot and appreciates her.

After that incident, Students aggregate at one place and speaks that the judges have told them that their professor Pratap (who is a HOD) doesn’t deserve to be called even a teacher. Pratap lowers his head with guilt and shame and she calls him a Chichora. She informs him that he deserves to be not a teacher, and also says that she has shown her design to Sanjay’s father (Vikram Dhingra – famous fashion designer) who has liked it a lot. After getting confidence about her design, she decided to teach him a lesson in-front of the entire class. Shivani speaks that she wanted to fight, and says that whenever you take a challenge to fight, you will get problems from other side, but you need to continue fighting and one day, the offender will realize his mistake and will lower his head accepting his guilt. As She fought back, thus she calls herself a true hero. 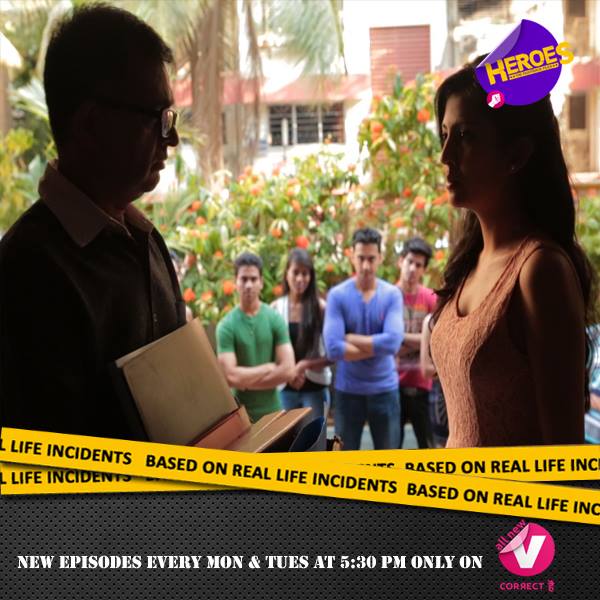 Some boys discuss that by calling girls sexy is a routine stuff and not to be taken seriously. They were harassing and eve-teasing a girl and suggests that they were not realizing the damage that they are inflicting on that girl and many other lives. Their harassment goes on to much bigger scale and they take the girl’s photos forcibly and warns her that if she tells them anybody of their abuse, then they will circulate her photos on the Internet. The girl takes her own life which leads to damaging many more lives, and also realizing them the true meaning of their own guilt and crime.