The story is about three young teenage boys – Veer, Amir and Krish and a girl – Himali and they stay in the same society. They are spending time outside their society in the night and speaks that they haven’t found any girls since morning, and then soon finds Himali walking towards her home. They begin to call and tease her with different names of icecream- Kasatta, butter scotch, etc. Krish speaks with his friends that girls wants boys to comment on them, and they feel nice if you call them sexy. Krish then cracks jokes on Veer’s virginity.

Theme of the Episode: Fight Against Sexual Harassment; Keep your self-respect intact within your family, and with yourself by respecting and honoring the dignity of all Women. 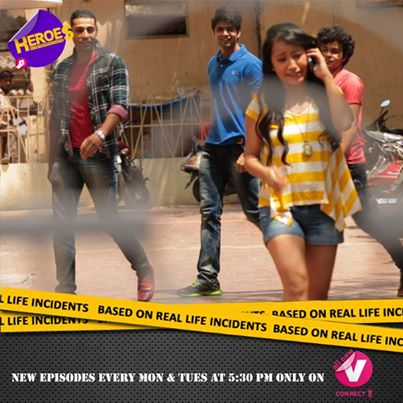 Veer speaks that they used to tease girls in a casual way and speaks about his friends – Amir and Krish. All three of them used to follow Himali all the time and only she was there on top of their mind. They begin to tease her on road when she is travelling, and speak on harassing more. Veer says that was the first time they used to see the girl with bad intentions. Again, during one night they make a pass on her when she was going back home, and next day sends her a condom. After seeing it at the society in her mailbox, she throws with disgust though Krish and his friends think that they won and Krish even promises to offer them a scotch bottle (alcohol). Later some other day, Himali receives an MMS video of a swimsuit model and becomes annoyed. She is then confronted by them in a lift and Krish wants to come close to her. After all their harassment, she complains to the society president, and in turn the president asks them about their harassment. Krish responds that they haven’t harassed her and cites that he even has a sister, and also Veer and they know to respect women. He further suggests that Himali comes home very late in the night and changes boyfriends quite often. The society president wonders whom to believe now ? Some women in the society wants that Himali will be dismissed from the society in a 1 month time.

Veer says that he and his friends wanted to take revenge against Himali as she brought up the matter to the society and tried to insult them. During another night, Krish informs his friends that he will give them pizza and beer for the entire month if they support him in coming close to her. They agree to help him and follow Himali and gets hold of her. They took her to some vacant place and ties her face with tape so she couldn’t shout and Veer holds her hands and body. Krish touches her body and feels happy about it and Amir takes her photos. After physically abusing and touching her, Krish warns her that if she opened her mouth about the incident then they will publish her photos on the Internet. She cries profusely after that incident.

Later, Veer learns that Himali has tried to commit suicide by eating sleeping pills and Veer’s own sister is fond of her and calls her as Didi. Veer’s sister cries at Himali’s situation as she was taken to the hospital. Veer calls Krish and informs about Himali, and Krish responds that he knows about her attempt to suicide. Veer shares that his sister was fond of her. Krish speaks that she is fine and recovering at the hospital after which Veer suggests that they should apologize to her. Krish is undeterred with the incident, and wants him to chill down. Himali recovers and comes back home and starts to pack things as she wants to leave the society. Veer comes there and tries to speak with Himali but she initially is not convinced to meet him. He apologizes to her repeatedly and after then she decides to give him one chance to correct his mistake. She opens the door and accepts his apology. Veer goes with Himali and speaks with Krish’s sister Sonu and explains to her about Krish and their crime. Veer along with Sonu and Himali decide to teach Krish a lesson and develop a plan.

Sonu goes with her brother Krish to watch a movie after convicing him and on the road some men kidnaps her, and gets hold of Krish. Sonu calls for help from Krish, and he is being tied down by men and is in a helpless situation as he is unable to help his sister. Soon, the men leaves him and he runs to find Sonu. He reaches the place where Sonu was held and there realizes to find Himali instead of Sonu. After a while, Veer also come there along with Sonu, and Krish becomes surprised. Sonu confronts her brother Krish, and asks him how can he harass and abuse Himali ? Sonu doesn’t want to talk with him, and wants him to correct himself for good. She speaks about her hatred for him, and Veer suggests to Krish that he is sorry because he has seen his own sister’s (Sonu) harassment plight. Krish apologizes to Himali after realizing his grave mistake, and she accepts his apology and forgives him for his crime. 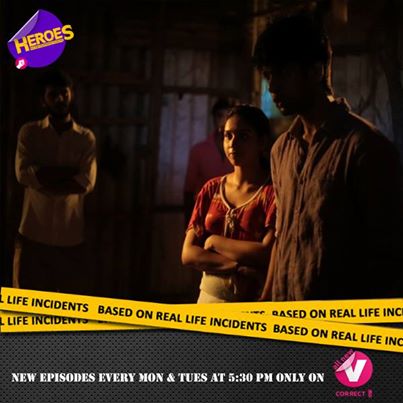 Veer speaks that he continues to feel ashamed of the harassment incident which he was part of, and realized that fightback is needed to overcome that feeling. As of now, Sonu continues to not speak with her brother Krish as she felt very hurt with his deeds. Amir didn’t learn from the incident, and continued to harass and tease girls, and is now in a prison. And Veer is working for a NGO which helps in bringing positive change in people who had harass girls. Therefore, Veer is a true hero.

Next Episode: The story is about Deepika Srivatsav. Deepika’s marriage was arranged with Sandeep when she was 7-years old. She says that Sandeep also used to act boldly with her and doesn’t want her to speak with boys. After much harassment from Sandeep, she decides to break the relationship arranged by her parents but her mother suggests how can they break her relationship with Sandeep. Deepika’s parents doesn’t want to develop sour relationships with Sandeep’s parents and stick to their words regarding Deepika-Sandeep marriage. Deepika of course will be going to fightback against her parents decision and to break their old pact since she cannot live her life with Sandeep. Either Sandeep has to change or her parents has to accept her decision. Will she overcome the societal and family barriers to bring self-respect and esteem for her ?