Love by Chance is a romantic comedy backed by serendipity. The show covers real stories of people and every week a new love story will be shown. The story is about Dhruv and Vishy. Dhruv is being told by his senior to drop a teddy bear at Samiska’s place (senior’s girlfriend). And Dhruv agrees to the senior’s demand and puts his efforts to push forward the love story of his senior. He then goes to the girl’s hostel to deliver the teddy to Samiksha.

Dhruv makes an entry into the hostel with a ladder but soon felt the fear of the hostel’s matron (supervisor) and entered a restroom to hide himself. He finds Vishy in another restroom beside his one, and both introduce each other. Dhruv after seeing her becomes happy and their love story was just begun. She asks him about the teddy bear that he was holding. He forgets the name of Samiksha and she taunts whether he has opened a courier service. She calls him an idiot and thinks that he would be irritating his girlfriend if he had one, He opens up and asks her whether she likes a boy like him. She responds by winking her left eye thereby reciprocating her feelings for him. Dhruv becomes super-excited and touches his heart with emotions of love. Thus, Dhruv finds Vishy and love happens between them by Chance. Stay tuned to Love by Chance on Bindass @ 7 PM every Saturday.

Some Info on Cast:
* Vishy is played by actress – Shivangi Joshi and her Twitter page and Facebook page.
* Shivangi is playing the role of Aayat Ghulam Haider (Zain’s sister) in Colors’ Show Beintehaa. 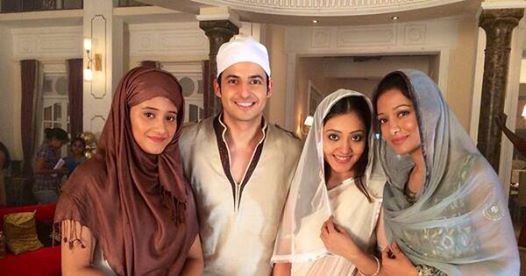 Info on Host:
* Kavi Shastri is british film and television actor. Very soon, he will be seen in a fresh romantic comedy movie along with Vir Das, the movie name is Amit Sahni Ki List. Kavi’s Wikipedia page and Twitter page respectively.