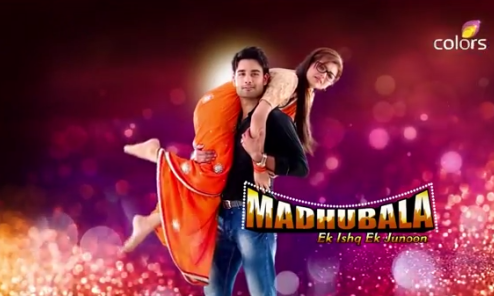 This track is been shown as Precap since a week now. Where RK lifts Madhu and takes her to the bedroom, while she tries to resist. RK is shown behind bars on rape charges and Madhu explaining him that love can’t be obtained by force, it has to grow in heart with time. Let’s tell you what leads to this track. Bhanu and Agni have found a good way to create a rift between RK and Madhu, sensing something is not well between them. Bhanu aims to dig a big valley between the couple by showing RK’s bad behavior to Madhu which she can’t stand.

Bhanu asks RK to make Madhu stand near the target and shoot, where Madhu refuses calling all of them animals. She talks to RK and his family with disrespect telling RK that she will ruin his family’s peace, so that he himself shows her the way to go. Madhu and RK have a one month bet between them. Madhu thinks RK has played with her Dida’s feelings, not knowing that RK resembles her father Rishabh and this is the way Dida accepted him by heart. Madhu feels RK is cheating Dida and wants to do the same with RK’s family. Bhanu and Agni plan to shoot the lovers without using the gun cleverly.

Bhanu prompts RK to control his wife and show him the man power. Bhanu fills his ears asking him to consummate his marriage with Madhu. RK comes in his words and goes ahead to Madhu. He misbehaves with her in order to get her love. While Madhu pushes him and warns him to know the power of law in the city, RK turns a deaf ear. He forces himself on her which shocks Madhu. Later on, Madhu takes a big step against RK by filing a complaint against him charging him of Marital Rape.

RK gets behind the bars but keeps on saying if a husband loves his wife, how can it be called a rape, as every husband has total rights over his wife. RK does not seem to understand the important of consent in making a physical relation with a wife. Madhu makes him understand this and hates him even more now. RK’s family is shocked seeing Madhu’s big move. Will RK ever be able to win Madhu’s heart? Keep reading.