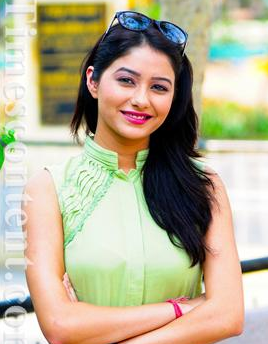 Ratri got very much interested in Nikhil the moment she saw him at the Solitaire store, knowing he is Inder Bharadwaj’s son. She urged him to come for dinner with him, to which he refused, but she did not lose and took him finally on dinner. What else can she expect being so lucky, when Nikhil’s mum Barkha herself comes to her asking her to seduce her son so that his so called lovely marriage with Lajjo ends on the subject of extra marital affair and breaking of mutual trust. Barkha asks Ratri to spend some time with Nikhil and for this she invites Ratri at home in Gunjan’s birthday party. Ratri finds a corner with Nikhil and tries to woo him, but Nikhil declines her attempts.

Nikhil is not aware of her real intentions and thinks she is just being friendly. Ratri agreed to win Nikhil, as she wants to take revenge from Lajjo for being ahead of her in the sponsorship winning contest. Ratri acts clever and mixes something in Nikhil’s drink which makes him lose his senses. But the good news is, Nikhil will not fall prey to her. Barkha will be upset knowing this and will try other ways to create a rift between the strong lovers. Lajjo is on her way to stardom, which is worrying Barkha a lot. Barkha does not want to accept her as Nikhil’s wife even if she becomes a star. Nikhil does not know about Lajjo’s great makeover and her steps to success. But Barkha simply hates her and wants to do anything to make her exit from Nikhil’s life. Well, let’s see Lajjo or Barkha, who wins at last.