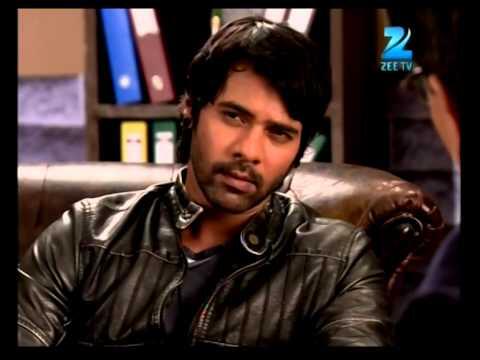 * Bulbul finds Purab with Alia, and gets misunderstood and feels shattered
* Abhi’s Daadi to realize that Pragya is the best match for Abhi
* Daadi to show Pragya’s photo to Alia; Alia gets an idea to get back Purab
* Alia to disclose Purab’s love for Pragya to Abhi (she continues to live with that mistake)
* Alia tries to convince Abhi to marry Pragya for the sake of Daadi’s wishes and her life with Purab
* Abhi to slap and thrash Purab for breaking his promise to marry Alia

After Bulbul finds Alia pampering Purab and speaking about her love for him, Bulbul misunderstood that Purab has another girl in his life, and feels shattered and cries. Just before then, she got the revelation of Suresh’s love from Sweety Mami and the scheme of things are not good at home since Pragya has already called off the marriage with Suresh.

Some moments after Bulbul’s departure, Purab confronts Alia (though he is not aware that Bulbul has seen him with Alia) and speaks that he doesn’t love her but Alia was not willing to accept his argument and thinks he is just for her and nobody can take him away from her. Alia then calls his employee with whom he is in love with as cheap, low-class and also asks him whether he pays her for office work or something else ? At that point, Purab slaps Alia as he couldn’t listen an extreme insult on Bulbul. Thereafter, Alia vows to destroy him since he has slapped her because of his love for an ordinary girl. Alia’s anger for Purab is short-lived since she loves him to the hilt and only wants him so her vow to destroy him seems to be made in a fit of anger at that moment.

Abhi continue to not believe Tannu; Alia suggests him to re-think on his decision. Tannu now tries to mend her relationship with Abhi and even tears her contract to prove her loyalty and love for Abhi. But, Abhi is not much impressed and wants to think more about his relationship. He speaks with Daadi and agrees to have an arranged marriage and will marry a girl according to Daadi’s wishes. After that, Daadi calls the matchmaker Preeto and informs her to give details of the best match for Abhi which she had earlier spoken about. On the other hand, Alia suggests him to re-think on breaking up with Tannu but doesn’t not push him much in doing so. After a while, Abhi’s Daadi to realize that Pragya is the best match for Abhi, and then shows her photo to Alia. Alia who was in shaken state after threatening Purab and knowing his love, gets an idea to push forward Pragya’s alliance with her brother Abhi.

Alia will then go to Abhi, and discloses that Pragya is the same girl with whom Purab is in love with. She emotes a teary eyed and suggests his brother to marry Pragya as it will be doing much good to two most important people in his life – Daadi and herself. She speaks that Daadi likes Pragya much, and if he marries Pragya, then she can win Purab and will have a relationship with him. Alia continues to live with the mistake of wrongly thinking Pragya as Purab’s soulmate and she does not know infact Bulbul and Purab are lovestruck. She tries to convince him dearly, and Abhi decides to think on marrying Pragya thereby showing some reasonable inclination of agreeing to her suggestion.

After knowing about Purab’s love and also coming to terms that Purab has broken the promise to marry Alia which he made an year ago, Abhi becomes angry with him. Purab is seen at his home, and Abhi slaps him few times. Abhi reiterates that Purab has broken his promise, and even not informed him about his relationship and love. Abhi thereby broke the strong bond that he had with Purab. Purab could not utter a word during the trashing and feels some guilt. While Abhi loves Purab as his brother as they are best of friends since their childhood, and Abhi and Purab have both grown seeing poverty and used to live in a chawl (tenements). Nevertheless, Abhi slapping Purab could be seen that he became hurt since Purab even didn’t share about his relationship, and on top of that he broke Alia’s heart.

It will be seen that Abhi has given his nod to marry Pragya just for the sake of Alia’s wishes. The matchmaker Preeto is seen to inform Sarla that the affluent family (Abhi’s one) has accepted the alliance with Pragya for their son. On other hand, Purab is trying hard to meet Bulbul to clear the misunderstanding and his only hope that Pragya helps him in doing that. Will Purab be able to meet Bulbul and clear the misunderstanding ? Whether Alia continue to live in her mistake of thinking Pragya as Purab’s love ? What would be the conditions set by Abhi for his marriage with Pragya ? Stay tuned to Kumkum Bhagya on these developments.