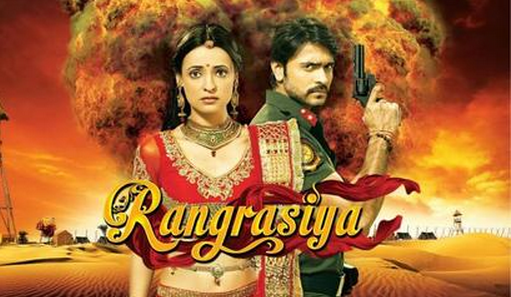 As we have given you some bits on this show that Laila is the one who has brought Mala back in Rudra’s life, by saving her from Tejawat’s goons. Mala praises Laila and tells Paro that Laila risked her own life to free her and gave her a new life. Mala says Laila earned her love by bringing her to meet her son Rudra, which was merely impossible for her in this lifetime. Paro knows Laila’s real motives for doing this goody thing and argues with Laila.

Laila tries to act sweet, but Paro gives her a verbal spat asking her to stay away from Rudra. Laila shows concern for Rudra as it’s a shock for him to see her mum after so many years in such state. Paro tells her that Rudra needs someone his own, like his wife, that’s her and not an outsider like Laila. Paro asks Laila to stop dreaming to get back Rudra as it won’t happen, knowing Rudra hates her and would never give her a second chance to come back on his life. Laila gets angry on Paro insulting her and thinks her purpose to win Rudra by bringing Mala went in vain. Rudra tells Dilsher that Mala is back, shocking him. Dilsher can’t believe that Mala came back. Dilsher sees anger in Rudra’s eyes for his mother and asks Paro to support Rudra in this tough time.

Meanwhile, Mala is taken to the hospital to take care of her wounds. Rudra tries to swipe his pains by wine and drinks a lot. He comes to meet Mala in drunken sad state and confronts her asking where was she when he needed his mum, where was she when people taunted him saying his mum has run away leaving him, where was she when he got wounded and needed mum’s care and love, and much emotional liners……….. Paro witnesses this mother-son talk. Mala tries to tell Rudra about her helplessness, but Rudra without hearing anything, straight away asks her to leave from his life forever and never come back, as now he has learnt to live without her. Mala is heart broken while Paro supports her understanding a mother’s pain. Will Rudra accept Mala? Keep reading.