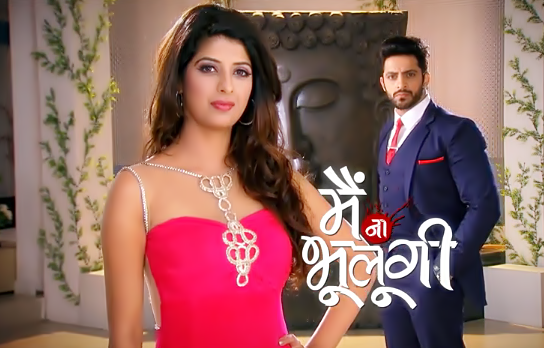 This is the only revenge drama Sony is currently holding. Let’s tell you a brief about it. Sameer (Aditya) approaches an innocent and sweet looking girl Shikha and sends her a marriage proposal. He seems the perfect guy for her and Shikha falls in love with him. They get married and Shikha has a world of dreams to fulfill with Sameer. They soon have a son Manav. But Sameer’s intention to marry her was not good. He tries to kill her and takes away her son Manav. Shikha survives the murder attempt and her quests starts to take revenge from Sameer and get back her son from him. She comes to know that his real name is Aditya and he is married to Madhurima. Shikha gets a makeover and meets Aditya as Samaira making him believe she is not Shikha as he himself killed her. Shikha plans to take revenge from him being Samaira and making him fall in love with her beauty and charm. She soon creates a rift between Aditya and Madhurima and now working on the divide and rule policy to ruin them.

Coming to the current track, Shikha acted clever and went ahead to make Madhurima believe that she is Shikha’s ghost who is hunting her just to take revenge. Shikha gets dressed in same clothes in which she was pushed off the cliff. Shikha scares Madhu giving her a cold feet and Madhu starts acting weird infront of everyone. Aditya wants to give her divorce and marry Shikha/Samaira as he has fallen in deep love with her. He just wants to get rid of Madhu and not pay her any alimony. He finds the best option is to send Madhu to mental asylum and then file for divorce stating his wife went mad and he no longer can live his life with her. Aditya is a creep who can never be loyal to any woman!!

Shikha is happy seeing Madhu taken away in the mental asylum van. Madhu is given an electric shock and faints. When she becomes conscious, she is shocked to see Shikha right infront of her. Shikha laughs to her saying she has brought her here, she is not a ghost, but an alive human. Shikha tells Madhu how she planned to separate her from Aditya and how Aditya has helped her in proving Madhu mad. Shikha tells her that now Aditya is dying to marry her and is madly in love with her, so this is the time she gives him the things back which he gave her, that’s cheat and deceit. Shikha tells Madhu that no one will be able to save her and Aditya. Shikha gets her son Manav back.

Madhu is spell struck and shouts on Shikha. But Shikha does not care, and laughs on her. Madhu promises her that she will expose Shikha. Shikha leaves pondering on Madhu’s overconfidence. Madhu tries to run away from the mental asylum and wants to rush to Aditya to tell him Shikha’s truth. She wants to take down Aditya too as he has helped Shikha in sending her to mental asylum. She vows that she will not leave either of them.Will Madhu succeed in escaping or will she get caught? Did Shikha do a mistake admitting the truth to Madhu? Find out in the show.