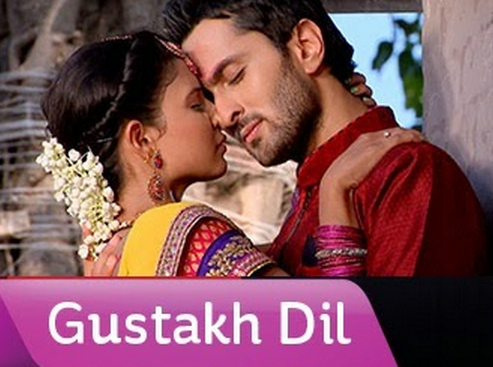 Sagar was really upset on Arohi’s death anniversary and kept thinking about her. Lajjo broke entered his room and was surprised seeing him happy and focused on work. Sagar tells her that he kept his promise and did not drink wine. Lajjo asks him about Arohi and why did he not tell the world that he was innocent. Sagar shows her Arohi’s suicide letter and asks her to read. He says he did not give this letter to the police as it would have defamed his wife and raised questions on Mili’s birth. Lajjo reads it and comes to know Mili is not Sagar’s daughter, but Kabir and Arohi’s illegitimate child. She says I always thought you did not love Mili, but you really love her a lot.

Lajjo says you have sacrificed your career, your image, your life, just for Mili’s sake, so that she does not get to hear the taunts of the society. Lajjo finds Sagar a really good man. Sagar tells her that he will never let Mili know that he is not her father and will always keep her happy as she is his Arohi’s daughter. He truly loved Arohi a lot, and she did a mistake by having an affair with Kabir, which she realized later and could not meet her eyes, which finally made her commit suicide. Sagar has moved on and now his focus is on Lajjo, to make her a superstar Trishna.

Nikhil tells Inder about his high pay and promotion. Inder is surprised as he knows no one gets promoted within a month and does not get such high pay, then why is Nikhil’s boss favoring him so much, the world is not so fair and Nikhil does not know people and their clever motives. Inder warns Nikhil to be careful as there may be any problem cropping up for him. Nikhil says his world is of honesty, trust and goodness, so he believes people and don’t see anything wrong happening. Inder gets worried for his innocent son and just prays for his safety. Nikhil does not know that his boss is using him to smuggle diamonds. He can land in a big problem and even in jail if he gets caught.

Nikhil sees his and Ratri’s pics in the newspaper and understands that Barkha has staged all this to create a rift between him and Lajjo, so that Lajjo stops trusting him and their marriage breaks. Nikhil fumes and confronts Barkha, but she denies it acting innocent. Nikhil talks to Ayesha about this matter. Ayesha asks him not to be tensed as Lajjo will always trust him. Nikhil gets relieved. Ayesha has bailed out Adhiraj from jail and is confused thinking how will the society and her family accept their love, knowing the difference between their status. It will be another shock to Barkha. Let’s see how Barkha bears this shock!!

Lajjo gets stuck at the hotel where Nethra and Jessica trap her to make her not react for the radio interview. They order much food and leave Lajjo alone when the bill comes. The waiter asks Lajjo to pay the bill, else she won’t be allowed to leave. Lajjo does not have money and calls Rancho for help. Nikhil takes the call and but does not hear Lajjo. Rancho talks to Lajjo and goes to Lajjo to help her. She tells Lajjo that Nikhil has give this money and he has helped you again. What will happen when the lovers face each other? Keep reading.