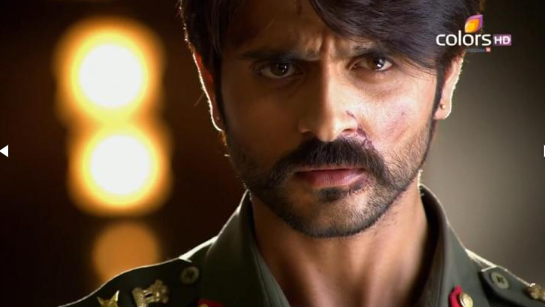 Will Rudra be able to forgive his mum? Will he forget all the sufferings he had, being alone without his mum, knowing the fact that she left him when he needed her the most? Will Paro bring the mother and son closer? All these questions will be answered very soon in the show. Rudra has brought Mala back home,seeing Paro adamant justifying Mala and willing to go to find her alone. Rudra can’t see Paro struggling, and they together find Mala, who was once again seeking Laila’s help. Mala is grateful to Laila for saving her life and giving her a second chance to meet her son. Why can’t she see that Paro is the one who has eaten up Rudra’s brain to convince him to take her back home. Paro’s efforts are not acknowledged by Mala. Laila is happy thinking Mala can bring her closer to Rudra, but Rudra knows how to keep her away.

Rudra and Paro have a talk with Mala. Mala tries to explain Rudra how much she loved him, and still loves him, as he is her son. She reminds him of his childhood, and how she used to shower her love on him, by waiting for him to wake up, looking at him when he slept, eagerly looking at the door waiting for him to return from school, packing tiffin for him, scolding him on his mistakes and more emotional liners. Rudra is not affected by this drama. He clearly tells her that he is not interested in knowing what she did for him, the truth for him is she has dumped him when he was very small, it was a phase when a child needs a mum’s love and care, he can’t forget this bitter truth. He tells her that he is taking her home only for Paro’s sake, as she has convinced him. Mala asks him to listen to her once to know what happened with her, why did she take that bad step. Rudra says he does not need to know it now. Mala gets upset.

Paro thanks Rudra by giving him a sweet kiss, for listening to her and bringing back Mala with respect. Rudra feels good seeing Paro’s happy but his past is still haunting him, as he is unable to forget Mala’s deceit. Mala cooks food for everyone. Mohini tells this to everyone. Mala tries to win Rudra’s love and respect. She really wishes to get her old Rudra back. Will Rudra give up his anger seeing Mala’s efforts towards him? Keep reading.