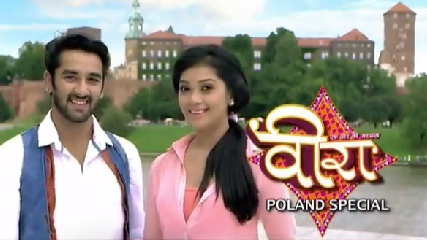 Veera and Baldev who has gone to Poland for learning new technologies in Agriculture and some planting techniques, are having a new quest of taking much info back home, which they came utilize on their fields and make it bloom. Nihaal Singh, who has asked to leave from the Pind by Ratan and Ranvi, as they have come to know that Nihaal was the reason of Sampooran’s death. Nihaal had much love for Ratan, which he never expressed and took all his feelings with hi obeying Ratan’s orders. Veera and Baldev come across Nihaal in Poland. Veera is shocked to see him. Veera who remembers Nihaal’s love and care for her and Ranvi, will bring him back to Pind.

Nihaal was always in guilt about Sampooran’s death and he himself was regretting it by taking good care of Sampooran’s family. But Nihaan’s goo intentions were not understood by Ratan. Even Ranvi did not support him that time. Veera is unaware of this matter and she loves her Nihaal uncle a lot. Nihaal will be shocking everyone by his return. But his fans of this show will be happy to see him back. He was very mush missed post the leap. Nihaal will be meeting Ratan once again and will all way out to help her in the school development and agricultural work. Will Ratan and Ranvi be able to forgive Nihaal? Keep reading.