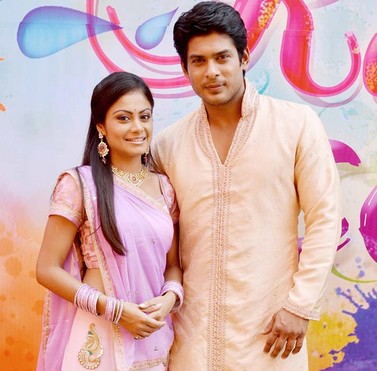 As we all know Shiv’s new personal assistant Rasika tried to get close to Shiv. Shiv tried to maintained distance with her and was professional with her. One day during office hours, Rasika tried to get physical with Shiv and forced herself on him. Shiv pushes her and make her understand that he loves his wife Anandi very much and is faithful to her. This doesn’t go well with Rasika. She can’t bear Shiv rejecting her. She tears her clothes and shouts for help. She forcefully hugs Shiv so that office employees see them together. She acts as a victim and tells everyone that she has been molested by Shiv. Shiv gets shocked by the charges. When Rasika’s husband Narendra comes to know about it. He gets angry and asks Shiv to apologize to Rasika. Shiv doeesn’t agree as he is innocent.

Shiv suspends Rasika from her job. Rasika gives interview to the media making Shiv suspended from his collector’s position. Media hypes the incident. Later, Narendra comes to know about Rasika’s involvement with her bosses when she was talking to Brijesh. Narendra gets shocked to hear that Rasika forced herself on Shiv and Shiv refused. He feels guilty and cries. He confronts Rasika and her ex-boss Brijesh and threatens to tell the truth to Shiv. Rasika hits him on his head making him get unconscious. They ties and take him to the collector’s office. Outside the office, they pour kerosene on him and asks him to run for his life. Narendra starts running. Brijesh lights him to fire. Narendra goes inside Shiv’s office and apologizes to him. Shiv gets shocked seeing him burning. He immediately puts off the fire with water and takes him to the hospital where he gets declared brought dead. Shiv and Anandi get shocked. Narendra’s parents reach there and curses Shiv for taking their son’s life. Shiv gets shattered. Anandi stands by him being a dutiful wife.

Police calls Shiv to come to the police station. Inspector tells him that they have to arrest him. Shiv gets shocked. Vivek reaches there with bail papers. Court case starts, Anandi and Vivek try to find the witness and proofs, but fails. Brijesh brings the CCTV camera footage from Shiv’s office and takes it in his custody. Anandi and Shiv get hopeful that somehow he will be proved innocent.

Vivek gets Brijesh call list from the service provider. Shiv calls on the last dialled number which was of Narendra’s friend Anil Manchanda. Anil Manchanda resides in Dubai and tells Shiv that Narendra called him on that fateful day. He tells that Narendra came to know about Rasika’s affairs. He also came to know about Rasika’s accusing Shiv on fake molestation charges. Vivek and Shiv call Anil Manchanda to court. Anil Manchanda will tell the court that Rasika and Brijesh are behind Narendra’s murder and Rasika falsely accused Shiv for molesting her. Shiv will be happy to be proved innocent. Brijesh and Rasika will accept their crime. Brijesh blames Rasika for being the mastermind behind the whole plan. They get sentenced by the court while Shiv will be freed. Keep watching Balika Vadhu!!