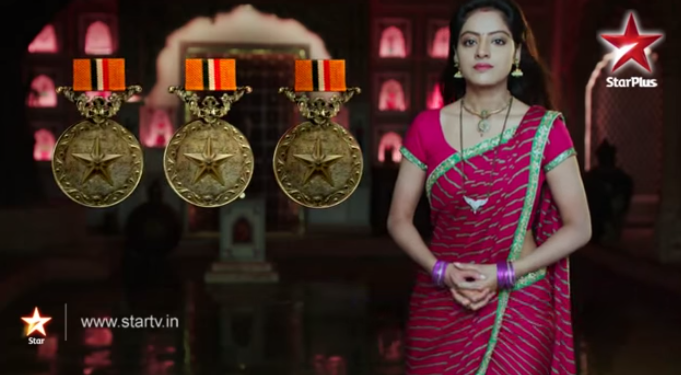 When Sandhya’s staff stopped Kavita for breaking the traffic rules, Kavita got late for her important political meeting. She was annoyed as she did not get the VIP treatment being a politician. But Sandhya treats everyone equal, and for her VIP means Very Important Public. Kavita decides to teach Sandhya a lesson, and using her powers, she influences the SP to take an action on Sandhya and informs the media to misjudge Sandhya’s try to bring the traffic figures on zero by making people aware of the importance of rules through the film Safar Zindagi Ka.

The SP gets angry on Sandhya and scolds her for being so foolish to bring such disgrace to the police department, as the media, politicians and even the public is making fun of the department calling them drama company, to explain them by using video films and wasting their 45mins of time. Sandhya tries to explain him what is her motto, but SP asks her to just dump all the CDs of the films in the dustbin in just one day time. Sandhya gets tensed and comes back home being upset.

Vikram and Meenakshi hear people talking about the film and think they got famous. They go to them to show their faces, but the public get angry on them for wasting their time. Sooraj comes there and explains them politely that Rs 250 challan or 45mins time is not more than their life, which is invaluable. They can’t risk their lives for breaking a 2min signal. Sooraj shakes their mentality and conscience and asks them to complain about Sandhya to the SP, if they feel she is so wrong. He says he will support them being Sandhya’s husband, as he can’t see the public angry. The people feel ashamed and understand what Sooraj wants to explain them.

Sandhya does not know this happening. She cries in her room feeling lost and thinking how will she make Bhabho wear her Maang tika again, as its Bhabho’s pride. Sandhya feels helpless. Bhabho comes to her and is shocked to see her crying. Bhabho takes her outside and shows her the people, who came to offer her support and are ready to obey the traffic rules. Sandhya gets glad. The news reaches the SP that the figures have come down to zero. Sandhya finally wins the first medal and Bhabho encourages her to win the next two medals, and then get back the ASP Pushkar post back. Will Sandhya win the next two memos too? With Bhabho’s blessings and Sooraj’s support, she will definitely win. Keep reading.