Freyan Soonawaala speaks of her story to Heroes team going back 2 years. She used to stay in a cooperative society Hazarimal in Mulund. She used to stay there since 15 years first with her parents and then with her husband Baman. The society’s people were middle-class and were close-knit with eact other. But there comes a time when she realized that money will be favored the most and core qualities like friendship and society’s bonding will not have any value.

Theme of the Episode : Fight against Sexual Harassment (Physical or Mental); Fight for your self-respect and dignity; Respect single mothers or divorced women

The story starts with Freyan taking the dance classes at her appartment and speaks with a student about other students. The same student Aarushi speaks that today will be her last class, and informs her that other students are not coming because of the issue dealing with Freyan’s appartment. Freyan speaks to her that dance classes is her bread and butter and how come the students doesn’t want to attend her classes now. Aarushi leaves from there without speaking more with Freyan. Freyan calls her bank to know the savings in her savings account. She learns a small amount in her account. She takes out an album and sees the photos of her parents and daughter Shahnaz. She cries after remembering Shahnaz and looks at her ex-husband’s photo. She then remembers how Shahnaz was killed in an accident while she was talking with some neighbor and cries. She continues with her life and a neighbor Aditya speaks to her for selling her appartment as the builder is willing to give three times the price of the existing price. He speaks that other appt owners have agreed for the selling. She wants him to understand her point. He suggests that if she didn’t sell her appt then the deal will not go through because of which he will not be able to go to USA for studies. She speaks of not selling the home since she has lot of memories with her home, and soon she meets another neighbor Kunal who asks her for the spare key of his home since his wife has gone on a business trip and he forgot his key. 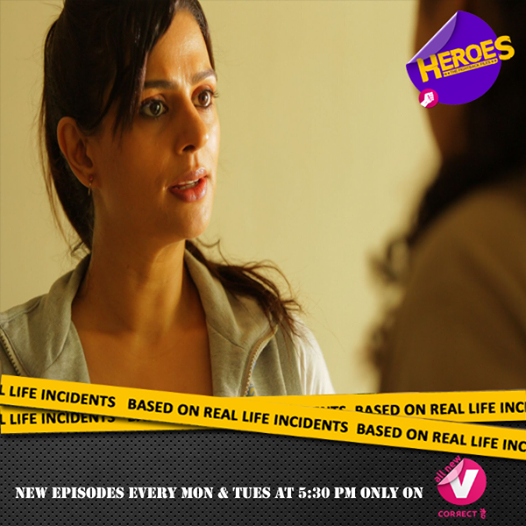 Later, Aditya speaks with another boy Bilal about the builder’s deal will expire in 1 month. He speaks that they will harass Freyan’s aunty so much that she is forced to leave the society. Bilal speaks that how come they can harass her since they are seeing her since so many years. Aditya speaks that if the deal is not materialized then he will not be able to go to USA and also informs him that his parent’s dream to take an appt in Wadala will fall through as well. He speaks that because of one women other’s plans will be vanished. Bilal agrees to support Aditya in his plan. Aditya’s mother speaks with her husband about doing something for Freyan’s flat issue. He speaks that he cannot do anything since Freyan’s own that flat and its her own property. She then speaks about the neighbor Hinal who stays in the opposite flat to Freyan and speaks that everyday she brings new boyfriend to her home and wears short dresses and makes a taunt that media people are like this. Aditya speaks that Freyan aunty has also become like Hinal and he saw Kunal uncle coming out of her home around 12 midnight. Aditya’s father speaks that why to bother about other people.

Next day, Bilal helps Freyan in her belongings and comes to her flat and with an excuse of water puts something in her purse and then goes. Later, Bilal calls Freyan and informs her that there is somebody roaming and looking at her car. She comes down to see her car, and Bilal speaks that the man disappeared just when he moved his eyes away a bit. She speaks that it is fine and asks him to not worry. She comes to her flat door and looks for keys in her purse but as it was stolen by bilal earlier so she couldn’t find it. She then speaks of fetching a spare key from a neighbor.Aditya speaks to her mother that only 3 weeks are left for builder’s deal expiry and he also informs her that he got a call from Bilal speaking about Freyan’s aunty going into Kunal uncle’s flat. He wants her mother to go and check herself. Aditya’s mother decides to go to Kunal’s flat and comes there to see Freyan sitting inside his flat.

Aditya’s mother speaks to other women in the society about Freyan and thinks that she has illicit affair with men since she is divorced and doesn’t have a husband. She also suggests that Freyan is not suitable to live in any society. At that time, Freyan was finishing her jogging and stops to hear their conversation about her.  Aditya’s mother Priya and other women doesn’t listen to her and some time later she sees Kunal with his wife Rashmi coming out of their car. She greets them but they do not answer them and even Kunal doesn’t speak a word. Soon, she goes inside her society’s building and finds a notice which informs people to not attend her dance classes explicitly since she will steal their husbands written in bold. She becomes shocked on seeing it and she speaks with Aditya’s father who is society’s president about the harassment.

He speaks of not knowing the person doing it and suggests that people just want her to leave the appt so that they will not face problems in builder’s deal. Because they is lot of money involve in the deal, so people can bring any pressure according to their whims. As Hinal was about to walk on some broken pieces of glass, Freyan informs her about the same and she doesn’t walk further. Hinal speaks that Freyan is the first person who has spoken with her in the society and the other’s look at her thinking that she is going to hit on their sons. Freyan speaks that even the society is not speaking to her properly these days. After exchanging greetings, Freyan leaves from there.