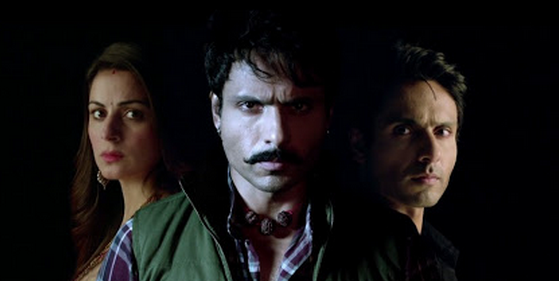 Aryaman who has entered the Rathore Mansion, as Devki/Anuja’s son and Anshuman’s brother, turns out to be fake one, as he is simply Anshuman’s look alike and is not blood related to him. Aryaman has his brother Sandeep who is supporting him to ease out money from the Rathores. Pakhi asks Aryaman to have a DNA test done, and he agrees, thinking he will make them sure that he is the real Rathore and belong to their family. Aryaman goes to the family hospital lab for the DNA test and sees Lavanya’s blood samples there which she gave for her pregnancy tests.

Aryaman makes the nurse busy and exchanges the blood samples, so that Lavanya’s DNA should match with Anuja’s and he should be confirmed to be her son. Sandeep meets Aryaman at the hospital and asks him to do something fast to get some cash. Aryaman comes home and sees cameras all over the house, so he informs Sandeep that he will be caught if he does anything at home. Aryaman makes a plan to kidnap Ayaan and ask ransom money from Anshuman. He thinks he will get super rich by this move and then he won’t need to work all his life. Anuja wants Aryaman to get married and is looking for good proposals. She is unaware what Aryaman is upto. She hears all servants speaking ill about Aryaman, and his part that he was a thief.

The head servant Maha ji loses a gold chain and complains to Pakhi that maybe Aryaman stole it. Anuja scolds her and warns her not to call her son a thief again. She blames herself for not being able to give good upbringing and love to her son, by which he walked on wrong path. She does not know Aryaman is not her son and has just come to get money from them. Aryaman tries to kidnap Ayaan from home but fails and Pakhi and Anshuman are already there. He takes Ayaan out for cycling and calls Sandeep to come and kidnap Ayaan. Will Aryaman change seeing the family’s love? What will happen with Ayaan? Keep reading.