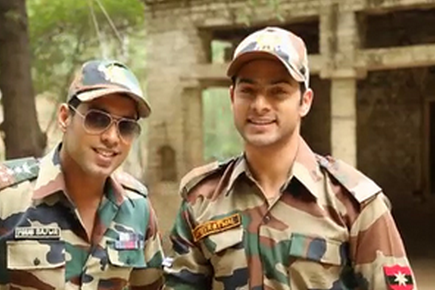 Its very interesting to see a battle between strong enemies. Just like that, this show has brought two cunning characters who are trying to outdo each other by their smart moves. One gets thinking who is the smartest between them. Such is their witty planning and confidence. Sometimes, it looks Iqbal is winning, but then Purab is shown going one step ahead of him. The show grips the audience by the suspense and the experience that anything can happen any moment.

As for the track going on, Iqbal (staying at Bebe’s house as Sameer) has been smartly playing his game by fooling Purab, to make him believe he is linked to Sartaj and makes his doubt strong to let him meet Sartaj and then see what talk happens between them. Purab falls in his trap and takes permission for his senior official to let him make Sameer get into Sartaj’s cell. He allows Purab but wants results in his favor. Purab takes Sameer to Sartaj and fixes cameras and mics there to see what happens between them, but Iqbal and Sartaj are very clever and does not speak up. Sartaj passes all the info to Iqbal by the finger signs which Purab does not catch in the camera. Purab fails in his try and his senior fumes on him for doubting a national hero like Sameer and says it looks like Purab has some personal rivalry with his brother Sameer. Purab asks for a last chance, as he has to stop Sameer and Meher’s marriage, as he loves Meher and can’t let this marriage happen at any cost. The senior asks him to risk his entire career for his one chance and Purab agrees just for Meher’s sake.

Purab throws a bachelors party for Sameer and taunts him indirectly saying this is the last night for his freedom and tomorrow he will be handcuffed, then saying by marriage. Iqbal very well understands his meaning and is confident Purab won’t be able to catch him. Purab makes him drink wine, but Iqbal cleverly throws all wine and acts like he got much drunk. Purab keeps an eye on Sameer/Iqbal and sees him going out at night. He follows him. Sameer sees him and diverts him, and Purab misses him out. Iqbal talks to Malik and tells him everything how he got the info about the key to the secret mission file from Sartaj. Malik is glad and asks him to fulfill his mission soon if he wants to skip the marriage with Meher and return back to his home country. Iqbal agrees and goes to get the key. He follows Sartaj’s words and reaches the tree where the key is hidden. He finally gets the key and is happy that now he won’t need to cheat Meher and Bebe anymore. Purab is still looking for him. Will Purab catch Sameer/Iqbal red handed this time, while taking the mission file? Anything can happen this week, as its full of thrill, romance and revenge. Watch Nadaan Parindey on Life OK.