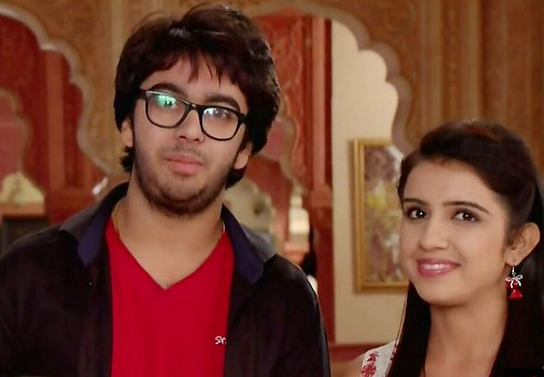 Anshu and Jasmeet got married by two customs as per their religions and while everyone was happy, there was few people who was keen to spit fire in the marriage, such as Dhanlaxmi. Jasmeet gets tired till the evening wedding and does not even have food being tensed. She faints in the mandap. Dhanlaxmi crossed her limit and annoyed Jasmeet’s parents a lot, by telling that maybe Jasmeet is pregnant. Sethi, Jasmeet’s father was very much offended and could not stay there for a minute, and wanted to cancel the marriage and take Jasmeet home.

Dhanlaxmi’s poisonous words has hurt him a lot, but Vishwamber and Omi apologized to him on Dhanlaxmi’s behalf. The entire family made efforts to make Sethi agree for the marriage but in vain. Then the kids tried their hand by saying their innocent words which made Sethi melt and forgive everyone. The marriage was performed by all Marwadi rituals and then Jasmeet’s bidaai scene showed everyone crying. Jasmeet is welcomed in the house as Sunaina does her aarti and she regards her as her daughter. But Dhanlaxmi starts filling her ears and tells her not to let Jasmeet meet her mum often else she will lose respect and love from her.

Naitik and Akshara have a romantic time, as he stays back at her house, because of the heavy rains. They recollect their first meeting in the same room and have some good moments. They get closer and start yawning being tired of all the work done. Jasmeet and Anshu have their first night, and a huge drama ahead by Dhanlaxmi again as Jasmeet wakes up late. Anshu defends her and she tells Sunaina that one day passed as Jasmeet came in this house and her son has gone in her trap. She tells Sunaina to control Anshu, else she will lose him forever. Akshara and Varsha witness this and try to balance out. They first go to bring Jasmeet and then talk to Sunaina to give Jasmeet some time, as its her first day and she is new to their house rules. Will Akshara be able to keep happiness in her home? Keep reading.