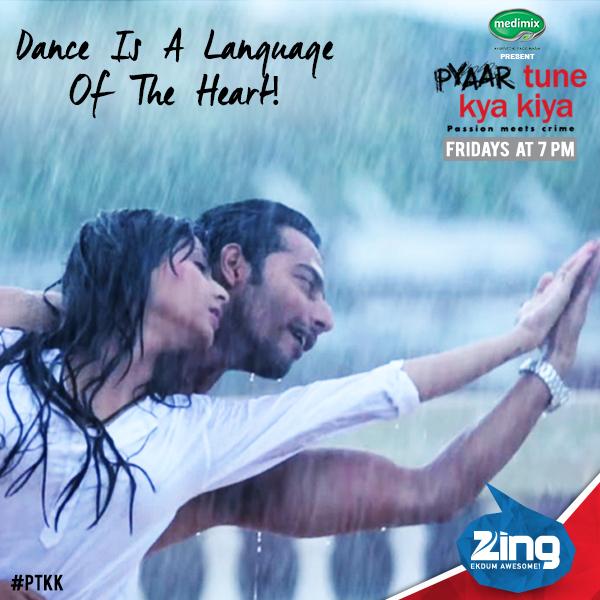 The story is about Simran and Karan Singh. Simran is an aspiring dancer while Karan is a well known choreographer. Karan is attending an interview with a journalists who compliments him for getting the best choreographer award for the third time in the row. She asks him about his secret behind his success. He humorously speaks that there is of course a secret but it has to be kept secret.

Simran is a young bubbly girl and is seen at home and wants her mother to take her autograph. She then refers Karan Singh Kaur as the best choreographer while calls herself as the best dancing superstar of the year and feels elated and with excitement dances on the dhinka chika song. It turns out that Karan comes to take audition in the city where Simran lives. There was some mistake from his side which has led to Simran’s audition being stopped. He then comes to Simran’s home and speaks to her mother about his mistake and speaks that she is very talented dancer and wants to showcase her talent to the world. Moreover, he swears to God and wishes that she will become a famous dancer one day. Simran’s mother agrees to his request and sends her daughter with him to Mumbai for the training.

They come to his city and he trains her and have dancing sessions with her. They dance with finesse on the song [Aade Sa Wada kabhi.. Aade Se Zyada Kabhi.. Ji Chahiye Karlu Wafa Ka.. Chodo Na Chode Kabhi.. ]. The dance becomes sensual and they come close to each other and share an eyelock and smiles. He wants to not stop until he makes sure that she reaches the top of the ladder. As their relationship grew further, they go on to have a rain dance which is also sensual and they come more close [Tum Se Hi.. Manzil Miljate Hain.. Na Hain Yeh Paana].

Karan’s passion is to see her dance in front of the world and thinks that if the world doesn’t see her dance then they are missing a lot and are doing bad. It so happens that Simran eventually gets acclaim and success. Both fall in love but their story doesn’t have all the elements of a fairy tale love since Karan has its own self-limitations and involved in such habits like of drugs not amenable to their love. It is seen that a hooded man inflicts injury to Karan and leaves. Karan is then taken to the hospital and battling for life while Simran is completely devastated with the scheme of things that has changed her life by 360 degrees.

Some of the questions are, How their love story was born, what were those elements or moments that make them come close ? What were those self-limitations that has hurt Karan apart from drugs and the ones which put a big fullstop in his endearing love with Simran ? Will Simran cope up with Karan’s downfall and health condition ? Would she able to realize and fulfill her dream of becoming a dancing superstar in that harsh situation ? Does their love survive those uneventful time and stood the test of time ?. The plot is close to an adaptation of Aashiqui 2 but nonetheless the characterization and story promises to bring more surprises to the viewers. Stay tuned to Pyaar Tune Kya Kiya this Friday @7 PM on Zing TV.

Info On Cast:
* Simran is played by actress Pooja Sharma
– She worked as a HR manager before her foray into acting.
– Played the main lead role of Sanchi in Star Plus’s show Ruk Jaana Nahin [2011-2012]. The show’s wikipedia page.

* Karan is played by actor Sehban Azim
– Sehbhan was born in New Delhi and alumni of Apeejay school, and has studied Computer engineering.
– Played the role of Dr. Yuvraaj in Star One’s show – Dill Mill Gaye (2009-2010) opposite actress Neha Jhulka.
– Played the character of Karan Singh Shekhawat in Star Plus’s show Ek Hazaaron Mein Meri Behna.
– Worked in Yeh Hai Aashiqui’s Episode 14 opposite actor Pooja Gaur. He potrayed the role of Neel who provides emotional support to Pakhi. She is married but didn’t got love and affection from her husband and finds solace and strength from Neel and fall in love. For the fans of Kimaya (Shritama Mukherjee) from YJTRRR, she is seen playing the role of pakhi’s friend in the episode.
– Sehbhan also likes to write poetry in free time. Sehban’s Twitter page