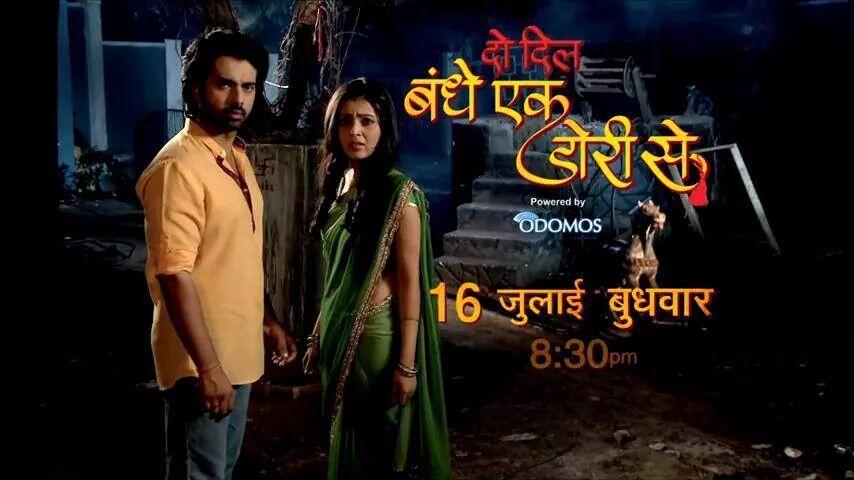 Raghu and Shivani are staying in Veer Pratap’s house. Veer Pratap is a film producer by profession. He appears to be good with them then starts showing his true face slowly. Shivani gets tensed looking at the well. She feels strange. Once she sees a blanket clad person entering the well and then disappeared. She gets suspicious and decides to find out the truth. She doubts on Sunanda and catches her wearing the blanket and going near the well at night. Shivani and Raghu think that Sunanda is stealing Veer’s money. Veer and Madhavi have been behaving strangely with Shivani to confuse her.

Veer sends Raghu on the pretext of getting the camera for the film shoot. Shaku warns Shivani and asks her to stop Raghu somehow. Shivani’s mangalsutra falls making her more suspicious. She tries to stop Raghu. Raghu assures her that he will return soon. Veer gifts her necklace, which she refuses to take. Then Madhavi comes and tells Shivani that the necklace is hers. Shivani questions Veer. Madhavi lies to Shivani that she didn’t tell her that the necklace is hers. Shivani gets confused and thinks what is happening with her.

Shivani has been exposed to black magic by someone. It is revealed that Veer and Madhavi are performing black magic on Shivani and plans to sacrifice her to impress the devil and get a heir. There is a door inside the well. Veer takes Shivani inside for doing the black magic. Madhavi mixes sleeping pills in her drink. Shivani gets asleep. Veer puts alta on her feet and asks Madhavi to dress Shivani as a bride. They plan to Sacrifice her to get a child, just then Raghu comes splashing water on their plans. Veer will make Raghu doubt on Shivani and sends a bouquets to himself on Shivani’s name. Shivani gets surprised as she didn’t send any bouquet to Veer.  It is yet to be seen whether his parents and family are involved or not. Keep reading.