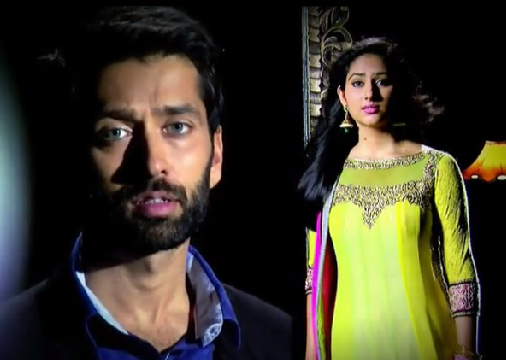 Ayesha has always been good to everyone, but Sheela and Payal can’t digest that a stranger who can as a help for Adi, has now become his wife. Ayesha’s goodness does not affect them. Sheela has her own reasons like Ayesha is after their money and does not love Adi. Payal thinks Rubel is supporting Ayesha as she is Nafisa’s sister and may get her back in Diwaan Mansion. They both have corrupted Avantika’s mind too and has made her think Ayesha is wrong for Adi. But Avantika is still on her ‘’ I don’t care’’ statement. She clears out to everyone that she does not have any problem with Ayesha, but can’t accept her as bahu and she will always remain a stranger for her.

Ayesha became the reason for the family to break, as Anisha Nani left home, post her argument with Sheela, where the latter has insulted her to the core. Ayesha decided to make Sheela apologize to her, by making her bend to get the password of the locker, which she changed and forgot. Anisha was giving the locker access card to Ayesha, to which Sheela opposed and thus the argument happened, but with Anisha leaving the home, everyone pointed its Sheela’s mistake. Avantika apologizes to Anisha but could not make her come back. Ayesha tries to unite the family and this makes Adi respect her even more. He thanks her for her genuine concern for his family. She says she is doing this for her new family and wants to spread happiness.

Rubel asks Payal to give him one last chance to prove himself as a good husband and Payal agrees. They both decide to start a new life, but Rubel irks as Payal asks him to kick out Ayesha from their home. Ayesha seeks Pankhudi for her guidance in keeping all the members united and happy. She tries to know more about Adi and sees his old pics, where he used to look very handsome with no beard. She shaves his beard while he is sleeping and shocks him. Adi scolds her. She gets upset and then he cheers her up with the idea to open a fashion store for her, for launching her own designs. Ayesha gets worried as this might not go good with Sheela and Avantika. Keep reading to find out what happens next.