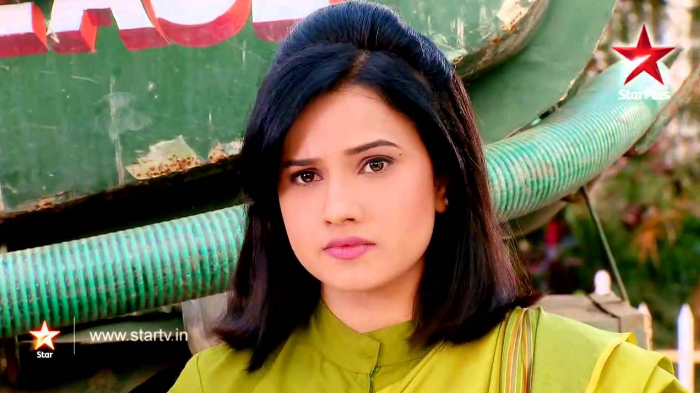 Officer Agrima Singh came as a surprise re entry back and we were sure that she will be bringing new twists in the show. Well, our guessing was right and the twist in the tale is Officer Singh meeting Kavita in the Satynarayana puja at Sandhya’s home. She identifies her and asks her to reason for going against this lovely Rathi family, who trusts and respects her a lot. She asks Kavita why did she not want Sandhya to win the Best Cadet Trophy. Kavita says she did not wish so, as she did not want Sandhya to get a posting in Pushkar. Bhabho hears this and is shocked, knowing Kavita has promised her false and had been cheating her till this time. She recollects how Sandhya told her that she has earned the trophy by her merit and hardwork and she was not believing her, knowing Kavita made her win the trophy and posting according to the deal between them.

Bhabho confronts Kavita, and the latter is happy with her soon to be announced political victory, and does not concern to tell her truth herself. She admits to Bhabho that yes, she did not wish Sandhya win the trophy and posting in Pushkar, so she has called Officer Singh to stop Sandhya from winning and tried hard to influence her, but Officer Singh did not listen to her. She calls Bhabho selfish as she came to her with this request. Sandhya, Sooraj and entire Rathi family, who trusted Kavita so much, are shocked. Though Sandhya knows her truth, that she is a corrupt politician, she kept it to herself as her family might disagree with this. But at this step, Sandhya tells everyone what is Kavita’s reality. Bhabho regrets to make Kavita get the votes from Pushkar and blames herself for this big mistake. Bhabhi slaps Kavita and an angry Kavita promises her that now she will not leave Rathis.

Kavita wins the elections and uses her political powers to take revenge from Sooraj and Sandhya. Kavita influences the shop owner of Sooraj’s sweet shop and asks him to take his shop back. The man comes to Rathi house and asks Sooraj to vacate the shop in few days as he wants his shop back. The shop was the only support for the entire family, which has fulfilled everyone’s dreams and helped them stay happy with a respect in the city. Bhabho is shocked and prays to Lord to solve this problem. Will Sandhya be able to save Sooraj’s shop and her family from Kavita’s influential bad powers? Keep reading.