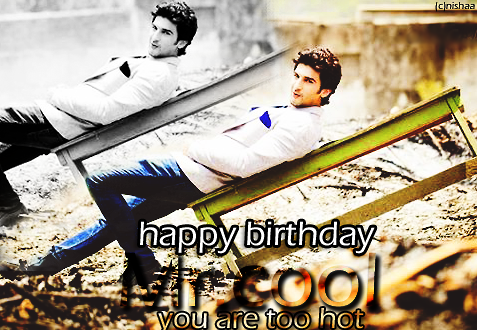 First, Tellyreviews wishes Manish a very Happy Birthday and a great year ahead. Manish is currently portraying the role of Siddhant Bhardawaj in Color’s TV show Sasural Simar Ka paired opposite young and vivacious Avika Gor (Roli). Manish was born on 22nd July 1979 and have transitioned to acting on TV after having a successful stint in modeling.  He started his career and received much appreciation for the role of Sameer in Zee TV’s show Teen Bahuraniyaan

Coming to Manish’s numerous skillsets and specialization which deserves need to be highlighted. Manish studied Mechanical Engineering, Martial Arts Expert (three-time national champion), a Reiki Specialist, and an avid photographer. He also excels in roller staking, and holds a black belt in Karate, Kung Fu, and Kickboxing. He dons the hat of Film director and Editor in the film making process. Truly, a man with so many genuine talents which is so rare to find in one person.

Manish and Avika’s fans calls them as RoSid which is constructed from their roles of Roli and Siddhanth in SSK and he calls RoSid fans as Rosidians. They share excellent chemistry and loved by all. Recently, Colors have included their Jodi in one of the Colors Jodi No1 offering. We will talk more on their specific roles, acting, and charishma in SSK in another special post. Manish shares a very good rapport with Tweeples and showers them with birthday greeting messages, returns gratitude, and extremely cordial. On the set of SSK, he is involved in humorous activities like taking photos of set members with Mickey Mouse prop, etc. And he is being referred to as the Shinchan cartoon character because of the vibrancy and also because he is pure at heart like a child. Finally, TellyReviews, and RoSid fans want to shower our heartiest greetings to Manish and wish him the very best for his future!!

Trivia and Quotes:
* Likes Indoor Photography as well. Find out elegant indoor photos taken by Manish at his Instagram page and other fun moments.

* One of the Favorite outdoor resort with nature is ‘Della Resorts’ in Lonavla, India where a quiet and well-connected time with nature can be spent.

* Manish is a Messi fan and has supported Argentina in their world cup campagin. But, after Germany won the world cup, Manish wrote on Twitter,

Germany won the #worldcup 2014 and angentina won the hearts…

* Place of interest for RoSid fans on Twitter is Love RoSid Fan Club. Its Twitter’s page