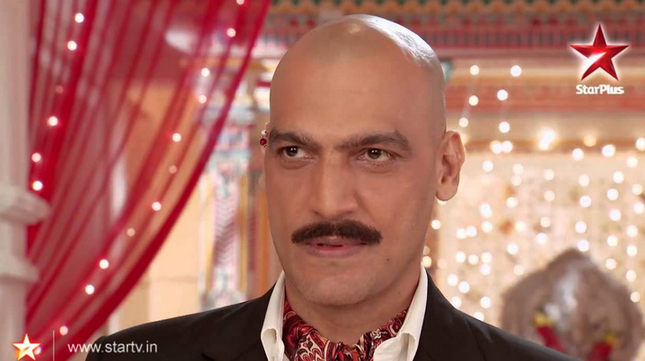 Niranjan is really angry on Abhay for doing such a foolish thing of abducting Anaya, which he never expected from him. Seeing Shlok, he gave away Rs 1 crore to Jyoti asking her to take the ransom money to Abhay and throw on his face to free Anaya. Well, Abhay fell in Shlok’s trap as the latter have given him good blows on his face. Abhay ran away and police is looking for him. He hides out and calls Niranjan, to bring out all the frustration of Shlok’s hits and Jyoti’s slap. Niranjan too scolds him for being so desperate for money. Abhay calls him worlds’worst father who values only his respect and none’s life. Abhay tells him he will defame him now to make him very weak and beg to him to take back Jyoti.

He calls up Niranjan next day and asks him to see the newspaper as he has some surprise for him. Niranjan takes his talk light, but is shocked to see Jyoti and Siddharth’s pic on the front page, with news about their affair and bringing Niranjan’s name to face disgrace. Niranjan is shell shocked and does not know how to react as he was unaware of this big development of Jyoti’s life. What will be Shlok’s reaction on this? Niranjan has decided to make Shlok his shadow and ditto like him, to show Astha her place. He has started making Shlok fall in his great sweet words and making Astha fall in Shlok’s eyes. We just hope Astha gives back all his throws, else the show will lose its charm!! Keep reading.