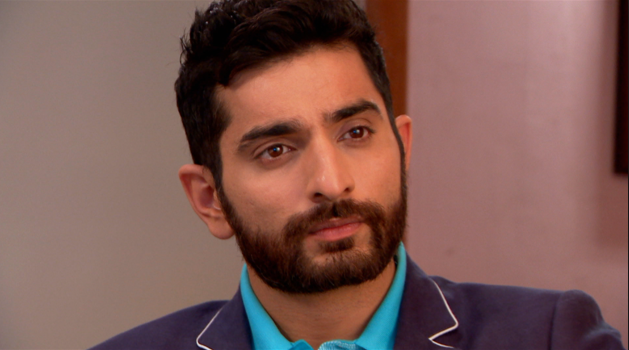 Mili has been kidnapped, to make Lajjo lose the Jalwa competition. Lajjo loves Mili a lot as she is emotionally attached to her. She decides to stake everything for Mili. She loses in the first round of the competition by her fear of losing Mili. The kidnappers tell her if she wins, they will hurt Mili. Lajjo agrees to them and is very tensed. She calls up Sagar but could not connect, as he is busy with Kabir. Sagar goes to Kabir’s home and looks for Mili. She gets a clue that Kabir is behind this kidnapping and asks him to leave Mili. Kabir laughs on his miseries and asks him to sit on his knees and beg him for Mili’s life. Sagar begs to him to give back Mili. Kabir does not agree.

Sagar then breaks the truth to him that Mili is Arohi and Kabir’s daughter. Kabir is shocked by this truth and can’t believe it. Kabir feels ashamed seeing Sagar’s goodness that he has accepted Mili knowing she was his child and gave her such a good life with so much love. Kabir feels sorry for what he has done and apologizes to Sagar, for becoming his enemy from being his best friend. Though Sagar has always kept his friendship.

On the other hand, things are falling flat for Nikhil. Some goons are after him, send by Ranawat, who wants the diamond bag from him. Nikhil runs to save the bag and they finally catch him. They shoot Nikhil and he saves himself. He reaches the venue of Lajjo’s competition, and is happy seeing her win the competition, but will he able to bring himself out of diamond smuggling scam. As Lajjo wins and becomes a star, will Barkha accept her as her bahu and take her home, as per the promise she made to Lajjo on the competition day? Let’s see, Gustakh Dil is gearing up for an interesting track after Lajjo goes to live in with Nikhil and win Barkha’s heart and also help Nikhil from his big trouble.