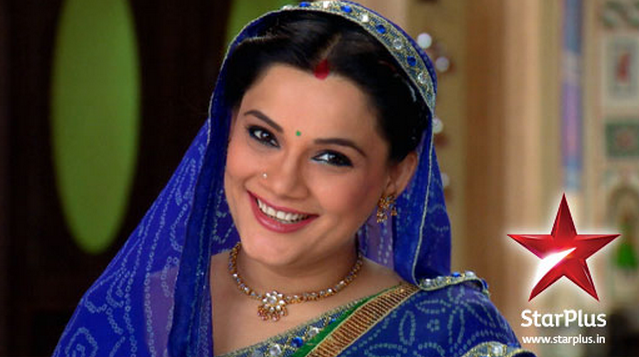 Meenakshi has done a big blunder, by taking such a big risk in her life, by swapping her girl Misri with Taisa’s grandson Kanha. She told her family that she had given birth to a son, in order to make her pride high. Everyone were glad that Vikram got a son, but Rathi family never differentiated between male or female child, it was Meenakshi whose stupidity rose to this height where she has given her daughter to Taisa’s daughter in law. Meenakshi sees Taisa with some people, and also doubts Misri to have some health issues, as Taisa and her daughter in law keep visiting Ved. Meenakshi gets tensed and worried for Misri, but can’t show her concern in front of everyone. Someone has been blackmailing her that they know about the baby swapping done at the hospital where Meenakshi and Taisa’s daughter in law gave births to their child on the same day and time.

Meenakshi has been paying heavy amounts to the blackmailer in order to keep their mouth shut. Emily comes to know about this and decides to find out. Meenakshi regrets her mistake for swapping the babies, and all this drama is done to explain her what she did and what everyone went through. Meenakshi sees Taisa paying a bundle of notes to someone and gets more suspicious. Taisa provokes Meenakshi to speak out the truth about Misri being her daughter and she has taken Kanha intentionally. The entire Rathi family is shocked by this revelation and Bhabho and Vikram get much annoyed with Meenakshi. Though everyone loves Kanha a lot, but Taisa wants him back as he is her heir. What will Meenakshi do now as she has really become Kanha’s mum and loves him by all her heart? Keep reading.