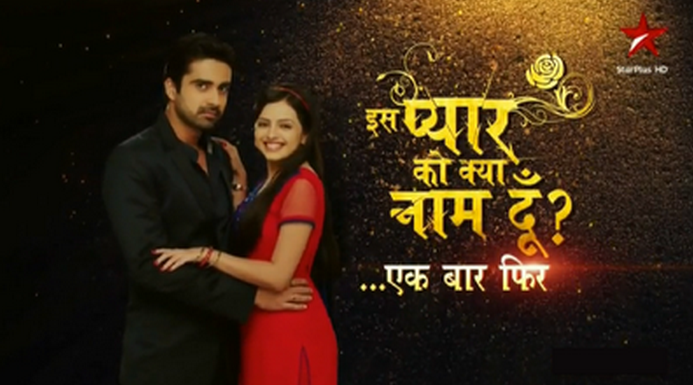 A ‘’Not So Brief’’ Review on IPKKND2
TR Ratings : 8/10
TR Tag: Gaze with lovely eyes, love with shining dreams and shine with integrity……

We know this show is loved by many people across the globe. The one who can’t understand its hindi dialogues, get to know it by my updates on DTB/TU, and which are mostly copied to many other sites. I have been updating for this show since its Episode 1 and know the pros and cons of the show well. So, thought to brief you all what’s hot and what’s not in the show. This review is not so brief, and you can go ahead to read if you have some time to spend on our site. Let me introduce you first to the section ratings in this review.

When the show started, it was being compared to its first season, which had amazing character. But the second season too brought some memorable and unique characters, given to brilliant actors, who bring life in it. All the characters are adorable and so well defined. Its like they have got sketched so wisely that there are just no loop holes. Even the less important roles of the show is given good space and also a definite time to be on the screen to emphasize for what they exist.

What do we call him now, he is the ‘’Master Blaster of the Show’’, who brings the Bald and the Bold effort, with much ease. We have just one thing to say for his persona – ‘’Here I fly high, high, high from my assumed cage called generosity’’.

Pity on her, for having all rich comforts but no love and respect from her husband and son Shlok. She is a darling with a golden heart, who justifies an Indian women, who can bear anything to stay in limits and save her husband’s pride. But she has to come out of Niranjan’s tortures and fight for her right, under the long pointed sharp nose of Niranjan, who smells her plans before she executes. For Anjali, we have some words as – ‘’Little did I know, I would fall from the sky to get into a thorny nest…… Ouch, it hurts!!’’

He is a real charmer, an attitude king, having the most sexiest smile ever. His smile shows all his naughtiness when he stares at his wife Astha. He is a gem at heart, a good businessman and a crazy son to believe his father like he lost his eyes, mind and all his senses in any fatal accident. He is anti Anjali and Jai Jai Niranjan kind of son. He is madly in love with Astha, but has an angry head who can’t hear anything against Niranjan, even from Astha. We give him the title of ‘’Pita Bhakt’’( Devotee of Father).

She is out little smarty cutie pie. She is beautiful, hot and have a mind of her own. She has the solution of every problem and looks she belongs to Chacha Chowdhry’s family. Astha is a never lose kind of girl, full of live, bubbly, a fighter for justice, a representative for women rights, who can qualify the best to rule a women organization. Her character is leading the show, as she is the one who is hitting the other side of the wall, one being Niranjan. This is a Sasur and Bahu saga, so its different. Astha is a rational woman who loves Shlok and wants him to see the truth of his dad. For Astha, our lexis states as – ”Talk less, do more, bring positive results the most.”

We have clubbed them in one, as they are side characters. Though Varad is given a good space these days. His mum in law Jaya also fills Sojal’s ears making her more materialistic which makes Varad tend towards the understanding Mansi, who he met during his work events. He has a cute daughter Kavya who is the reason for him being still with Sojal. On the other hand, the ladies of his life, Sojal and Mansi are justified on their parts. Sojal is his homely wife, who is just like any rich guy’s wife, to be interested in jewellery, sarees, gossip, and some backbiting about others. Mansi is rich herself, well established and won the Best working woman award too. Varad and Mansi are more compatible. Varad should take some love lessons and be loyal to his wife, as cheating is bad. For Varad, we would say, Compatibility comes with time, so hang to the rope till you swing and get to the right place.

Jyoti Agnihotri, her ex husband Abhay and to be husband Siddharth:

Jyoti and Sid are the couple in love, and right now the current track is focused on their marriage. Abhay has done much to get Jyoti’s property and money, but failed miserably. After he did her many abortions, Jyoti has kicked him out of his life and now enjoying her life with Sid. She dreams to get married to Sid peacefully, but Abhay has some great plans ahead. Abhay’s role was negative, but an eye opener of certain such men in the society, which alerts us to be double careful. Jyoti and Sid should be stated as : Love is our water, food, sleep, breath…….. and Abhay states Money matters, it bangs the pocket.

They were shown a lot when the show started, and then tracked moved to Agnihotri family. Then they popped up again in Jyoti’s savior track and now showing her sparkling smile in Jyoti’s wedding functions. They are called for, when they are needed, as Niranjan keeps them far away always.

The concept is not so new, as its shows the male domination and what a woman does to teach him a lesson. The fight with the two strong characters, Niranjan and Astha holds our interest in it. Every character spreads a smile on our face. The story started with a dejected in love Shlok, who met Astha and acted like loving her, to take revenge for his dad’s insult. As he believed Astha is the one who ruined their party and brought shame to Niranjan. He married Astha to trouble her, but her genuine goodness and care, won his heart. They became inseparable and Astha became a hurting stone in Niranjan’s eyes. Niranjan saw his son Shlok going far from him, and being a dutiful husband, and how his wife Anjali could not turn modern minded Astha into her mould. Niranjan has full control over Anjali, but his world got shaken up when Astha entered his life, with an invisible stick by which she constantly plays tabla on his bald head (as we mentioned in our earlier post), and he gets migrane seeing her bringing changes against his rules. The story got more interesting as Astha is supporting those whom Niranjan never wanted to, like Anjali’s parents, Siddharth, Vridh ashram people and others. The show is really promising and the romantic track between Astha and Shlok adds more spice. It has everything in it, drama, action, vamp (Sulbha Tai), villains (Niranjan, Abhay), love, romance, twists and turns, and much more.

We will write in order:

These four are really the wonders of the show. Hats off to the incredible and shaking us in our seats real to life acting.

No such blunders, some suggestions from our side is:
1. Need to improve on dialogues.
2. Keep male chauvinism controlled, as it should not give wrong message to viewers, as even teens watch it.
3. Mansi’s character was introduced very late, it could have good if shown earlier. It looked a wild card entry, to come late and take possession of someone else’s rights.

USP of the show:

Manish Wadhwa and his perfect portrayal of Niranjan. His eye lines, facial expressions, his dialogue delivery, looks, style are just awesome. He is just effortless and a great actor.

Some Info on Awards and Accolades:
* Shrenu won the Favourite Patni award for the role of Astha in IPKKND2 in Star Parivaar Awards (SPA) 2014
– Astha dedicated her award to all the women in the world who have stood up to domestic
violence and have fought back.

Astha and Shlok’s romance was good to see when the show started, and it touched heights because of the title track Iss pyaar Ko Kya Naam doon…………
Some small bits are also very enticing to the ears, like Khuda………… Sajna ve………….
Jyoti and Siddharth’s romance is also sweet, whereas Varad and Mansi dating one looks a bore. Astha and Shlok rock the show as a couple, as the current track showing them as Vahini ji and Devar ji is hilarious.

There is limited drama in the show, as it came as Jyoti’s track while she was saving her third child from Abhay, and then her marriage talk being accepted by both families. The old track has some good twists in the form of Aditi, who was trying to harm Shlok and Astha. The show is a calm one, not much surprises or tension elements, everything goes on a good pace, no heart jerks intended.

Two points left to get it more better and better…….

NOTE:
We came across our special posts being published on India Forums and other sites, we request such folks not to do this again, as it takes real hard work and much time in making reviews. We have seen they are providing reference link of Tellyreviews content URL, but its not right to copy all text. This is not a right thing to do. We don’t have much time to give our site TR, since we are busy in other work commitments. Still we put our efforts to keep our site green with some heart touching posts, but seeing our work copied like this is not cool. We have told such folks before to stop plagiarism in our Converse with Us blog, but things are always the same. We hope such things does not repeat.

This post is dedicated to team of IPKKND2, its fans and TellyReviewers, written by Amena Hasan.

Images credit: Twitter page of Perfect Pix, an entity which covers IPKKND2 exclusively with interviews and pics and few of those pics are also from stars’ Twitter page (Avinash, Shrenu, Manish, Sheetal, Gitanjali, and Samir) of IPKKND2 which we mentioned above.