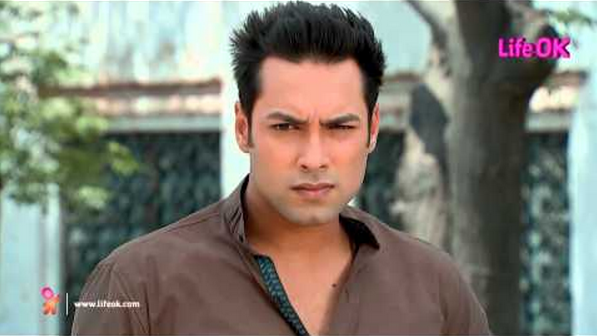 Iqbal who was shot by Bebe, is recovering and has been brought back home. He is been laid back as the track is now focusing on Purab. He makes Meher angry by showing his intimacy with Minty. Nimmi and Mangal talk to Purab’s parents about Minty and Purab’s marriage, and Channi is annoyed as she does not want Meher’s sister to be her bahu. Purab’s dad wants to decide after talking to Purab. Meher hears this marriage talk and is tensed as she wants to save Minty from Purab, keeping in mind he tried to molest her and is not a right man for Minty. Minty is madly in love with Purab and is adamant that she will marry him.

Meher goes to Purab and asks him to back out, else she will tell everyone that he has tried to molest her. Purab acts like he is very afraid and goes straight to his parents, admitting his bad act himself, and showing his regret and wish to get back his life on the right track. He requests them to make him marry Minty, as she loves him, and he wants to get over Meher now. Meher is shocked hearing this as she does not have any way to control Purab now. Purab’s dad agrees for his and Minty’s marriage. Channi talks to Bebe and asks her to stop this marriage, as she knows Purab loves Meher and is hurting himself doing this. Channi tries to break this alliance using Bebe.

Bebe goes to talk to Purab and confronts him. She asks him his motives and why does he want to marry Minty, when he loves Meher. Purab is stunned and asks her why is she supporting Sameer, if she senses he is not her son. Bebe is tensed and thinks to tell Purab the truth, but stops thinking about Sameer. She decides to tackle Iqbal on her own. Purab doubts Bebe is hiding something about Sameer, and plans to find it out by keeping an eye on her. Meher is totally unaware of Sameer’s truth that he is Iqbal, a traitor. Meher asks Iqbal to help her in stopping Purab and Minty’s marriage, but he refuses, as he does not want to get into this new matter. Meher thinks why has he changed so much. She is about to reach the letter which Iqbal wrote for her, before their marriage, and it has all his identity truth. Who will get a hold of that letter? What will happen when this truth comes out? Keep reading.