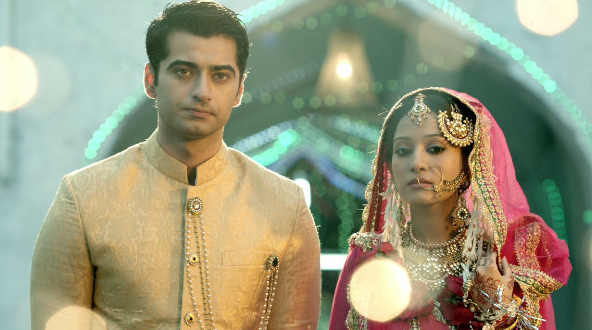 Aaliya has taken over the Barkat Royale hotel with the 51% stake in it, as given to her by Usman as her marriage Maher. Zain and Surayya are miffed by Aaliya as she claims her rights more over them. Aaliya goes to Usman’s cabin and promises him that she will never let down his trust and always make the business bloom. Zain and Aaliya share the same cabin and sit together on the same desk, though they are not on talking terms. Surayya calls them in the conference hall and shocks Aaliya by showing her a cake, which she got for her, saying she has a surprise for her. Surayya asks Zain to say the 2nd talaaq as its one month after Usman’s funeral. Zain obeys Surayya and announces the 2nd talaaq infront of Aaliya and Rehaan. Aaliya is broken down and cries, while Surayya happily watches her. Surayya makes Aaliya eat the cake and Aaliya coughs. Zain is hurt seeing this, but is quiet as its Aaliya’s fault which broke their marriage.

Rehaan tries to console Aaliya, but she leaves crying. Zain misses Aaliya and thinks of their happy moments. He recalls her to be on his bedside and looking in his eyes. He wants to hear from Aaliya that she can’t live without him. But then he recalls Usman’s death and the torture he and Surayya had to bear in jail because of Aaliya. He makes his heart hard and tries to move on. Surayya comes to Zain and asks him to promise he will forget Aaliya and marry someone else, so that he can start a new life. She says only then she will shed her black saree and come out of her pain. Zain promises her holding her hand and cries being in her lap. Surayya wishes the third talaaq is announced soon so that her son can get freed from Aaliya. Aaliya is paying for the mistake she did not do, and Rehaan silently watches her trauma, as Zain is misunderstanding her.

Rehaan’s kids are taken good care of, by Aaliya and he is thankful to Aaliya for being awake all night and taking care of Zara who has high fever. Zara calls her Ammi, and Rehaan is shocked. He apologizes to Aaliya for this. Aaliya says she understands that kids miss their mum a lot and is ok with this. Surayya comes to know about Zara’s wish to make Aaliya her mum and is very happy thinking the problem from Zain will go on to Rehaan’s head very soon, as she thinks to make Rehaan marry Aaliya. Surayya informs her bahus that her sister is coming from abroad and asks them to behave well. Let’s see what the sister duo plan against Aaliya now? Keep reading.