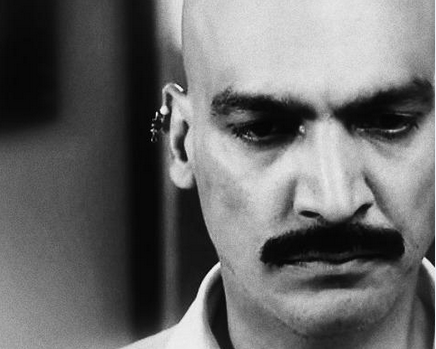 Anjali asks Astha to keep the diyas everywhere in the house, as its Shravan month and the bahu should light the diyas to bring prosperity in the house. Little did she know, that this would be the end of Astha’s stay in the Agnihotri house. Astha gets the DVD from Pawar and is flying high on confidence. She goes to Niranjan to give him hint of her plan, being very silly, having a small stomach which can’t hide anything. Niranjan gets alert by her challenge to expose him. He tells Astha that it was his wish before to see her and Shlok together, but now he is adamant to make them apart. While she goes to her room to show Niranjan’s truth to Shlok. The clever baldy Niranjan fires his study room, showing its Astha’s mistake to keep the diya very close to the curtain. There is lots of smoke and fire in the room and Sojal witnesses it first. She shouts seeing it, and calls everyone there.

Niranjan shouts Shlok for help. Before Astha could utter a word, Shlok runs hearing Niranjan’s screams. Shlok and Varad are shocked to see the fire in his room, and break open the door to bring out Niranjan, who got fainted by the dense smoke in his room. Niranjan falls on the floor and Shlok loses his mind. They rush him out. and call the doctors. Niranjan planned big this time, as the whole family blames Astha this time. Even Anjali is confused about this fire accident and can’t figure who is behind this. Its only Astha, who knows it was not her fault and its all done by Niranjan.

She talks to Anjali and cries. Anjali feels helpless, as Shlok’s anger can’t be controlled this time and she was afraid for their relation always, having asked Astha not to tackle Niranjan. While Astha was adamant to expose Niranjan, she has dug a huge valley between her and Shlok now. Shlok does not wait and shows her the door, while Niranjan acts sweet and shows his big heart by forgiving Astha once again, for the mistake she did not do. Will Astha leave the Agnihotri house? Will Shlok see the DVD post Astha’s exit from the house? Lots of tears will flood the Agnihotri house now. Astha gets courage to tell the truth to Shlok, making him angry like hell. Shlok is about to slap her hearing that Niranjan is double faced and he is the one who has hurt the Vridh ashram people. The entire family looks on the great fight between Astha and Shlok, and Niranjan watches it smiling resting in his bed. Hope Niranjan gets positive soon, knowing Shlok can’t be happy without Astha. Keep reading.