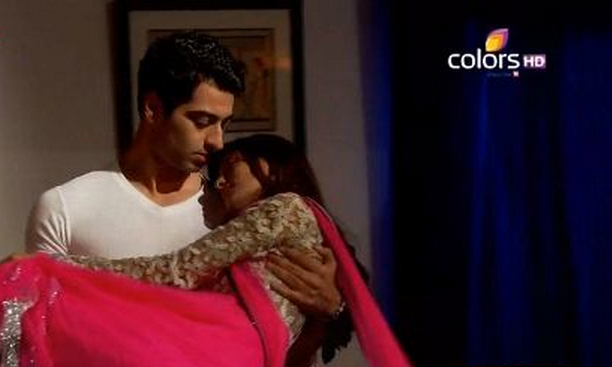 Zain saves Aaliya from the hotel owner and brings her in the room. Aaliya asks him not to give her the third talaaq, which makes him cry and reason why she has harmed him and Surayya, and became the mean of Usman’s death. He sleeps by her side and Aaliya is happy seeing him in the morning. Rehaan talks to Shabana and comes to know she did not do the police complaint, and maybe Nafisa did as she is also suffering because of Surayya. Rehaan calls up Aaliya asking her to be firm and patient, as he has got some info about the one who did the complaint. He does not tell her Nafisa’s name to make sure his doubt is true. He makes Nafisa confess her crime, and Nafisa indeed accepts her mistake that she has lodged the police complaint by Aaliya’s name, as she wanted to teach Surayya a lesson.

Zain and Aaliya are away, but hope things will be fine once they are back home. Rehaan has got all the truth to make Zain and Aaliya unite again. Aaliya goes missing and Zain panics on not finding her. Zain looks out for her shouting Aaliya. The track will show Zain and Aaliya uniting on their meet, and cancelling their divorce, as Nafisa’s truth has come out. But another problem is waiting for them in the form of Surayya’s sister Zarina and her son Bilal, who has come from Dubai knowing about Usman’s death and to sympathize with Surayya and Zain. But their real intentions is to get a hold of Usman’s property, as they wish to fool Surayya and take her signs on some docs saying about charity. We have to see how Aaliya saves Barkat Royale from Zarina’s evil sight. With Zain and Aaliya being back together, the show will be great to watch. Keep reading.